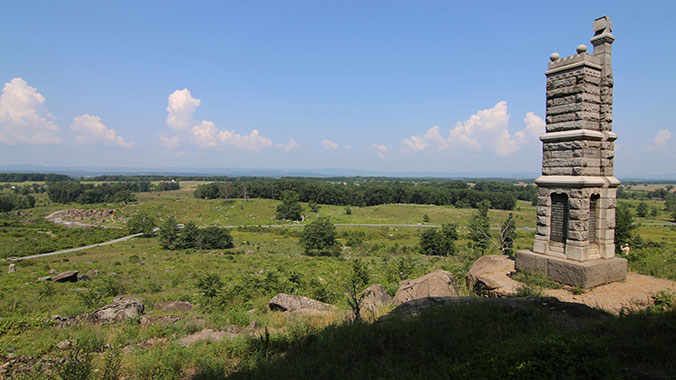 The Battle of Gettysburg: Heroism, Sacrifice and History 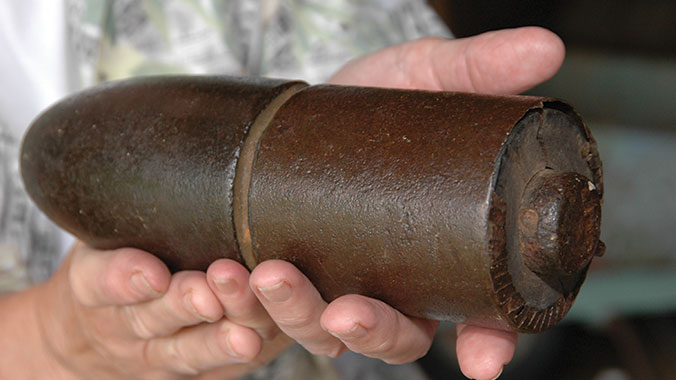 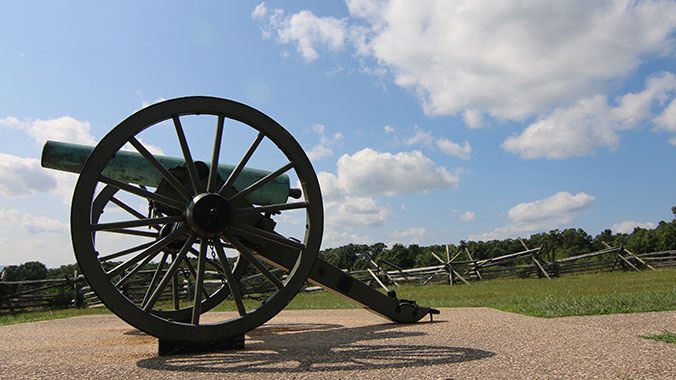 Wishlist Share Start
Relive one of our nation’s most defining moments as you join experts to learn about The Battle of Gettysburg, experiencing the museums, monuments and culture of this historic site.
Rating (4.9)
Activity Level

The Battle of Gettysburg — July 1-3, 1863 — determined the outcome of the Civil War. This bloodiest of battles left 28,000 Confederate and 23,000 Union casualties. Expert battlefield guides bring history alive as you trace battlefield strategies, separate legend from lore and gain an understanding of the impact on the town and its people. We’ll also pay our respects at the Soldiers’ National Cemetery.
Activity Level
On Your Feet
Walking up to one mile daily and standing indoors and out; climbing flights of stairs; getting on/off a motorcoach.

Dave Booz
Dave served as a high school principal and teacher for thirty years and is now an adjunct professor in the Civil War Era Studies program at Gettysburg College. He was also the Executive Director of the Friends of the National Parks at Gettysburg. Dave is active in the North-South Skirmish Association, the Maryland Arms Collectors Association and St. John Lutheran Church in Fairfield, Pennsylvania.

Ted Gajewski
View biography
<%= Bio %>
Suggested Reading List
View 6 books
The Killer Angels
by Michael Shaara
A Pulitzer prize fictional novel of the battle of Gettysburg.
At Gettysburg or What a Girl Saw and Heard at the Battle- A True Narrative
by Mrs. Tillie (Pierce) Alleman
An excellent story as Tillie Pierce a young teen age girl tells about her involvement and reaction during the Battle of Gettysburg.
The Gettysburg Campaign:A Study in Command
by Edwin Coddington
Highly recommended by the Gettysburg National Military Park and Battlefield Guides. Extremely authoritative account of the entire Gettysburg Campaign.
Gettysburg: A Journey In Time
by William Frassanito
A study of Civil War photography and the use of photos as historical documents. Photos of the Gettysburg battlefield were taken immediately after the battle and each photo is analyzed and accompanied by a modern view.
High Tide at Gettysburg
by Glen Tucker
A wonderful history of the battle from a Confederate view point. He also makes great use of anecdotal incidents.
Women at Gettysburg
by Women at Gettysburg
Extraordinary and Fascinating Biographies of 40 women who served, nursed, or aided the soldiers after Gettysburg
Start Enrolling

Afternoon: Check in at the hotel after 4:00 p.m. You are welcome to come to the designated room to meet the Group Leaders, choose your seats, etc. between 5 and 5:30 PM. An orientation in the designated classroom will be begin promptly at 5:30 p.m.

Evening: The movie "The Gettysburg Story" will be shown. This film brings alive America's battle as never before. Stunning aerial drone and time-lapse cinematography with dynamic 3D maps dramatically show the exact ground that changed history. Aired nationally for the 150th battle anniversary, it is narrated by Stephen Lang and produced by a Gettysburg local, Jacob Boritt.

Morning: This morning we'll begin by taking a field trip to the Gettysburg National Park Visitors Center and Museum. While there we'll have the chance to watch the 22 minute film "A New Birth Of Freedom" and see the newly restored Cyclorama Painting. This will give you a great overview and understanding of the Civil War and the Battle of Gettysburg. There is free time to browse the gift shop and book store which has an outstanding collection of Civil War related books. Explore the museum, an extensive collection of artifacts found on the Gettysburg battlefield as well as other significant battlefields and historic places of the Civil War.

Lunch: In the Hotel

Afternoon: This afternoon we'll discuss the first day of fighting at Gettysburg in class before venturing on a field trip to the sites of the first day's battle where we'll explore McPherson Ridge, Eternal Light Peace Memorial and Barlow's Knoll. Bus will return to hotel. A talk and walk around the town, led by a town historian, will follow the field trip.

Dinner: In the hotel

Morning: This morning we'll have a class on the Second Day of Battle at Gettysburg followed by field trip to the site where the second day of fighting took place. The trip will be capped off with a walking tour of Cemetery Hill, including Soldiers' National Cemetery, where we will se the 500 wreaths decorating the graves.

Lunch: Enjoy the opportunity to sample local fare on your own.

Afternoon: After an afternoon on your own to enjoy the town and its offerings or to rest up at the hotel, we will visit The Shriver House. Volumes have been written about the military aspects of the Battle of Gettysburg. Far less, however, has been written about the 2400 citizens who found themselves in the middle of one of the most historic battles ever fought on American soil. What happened here is more than a story of military maneuvers; it is also the story of the Gettysburg citizens - people like George and Hettie Shriver and their two daughters, Mollie and Sadie - whose lives were changed forever as a result of the events that occurred on the rolling hills of Gettysburg, PA, in 1863. Meticulously restored to its 1860s appearance, the house will allow you to step back in time to visualize what life was like in mid-19th century, south central Pennsylvania to gain a better understanding of how the battle affected the families who called Gettysburg "home."

Morning: This morning we'll discuss the Third Day of the Battle at Gettysburg with a morning class followed by a field trip to the site where the third day's fighting took place. The program will conclude by 11:30 AM.

Meals
7 Meals
3 Breakfasts
1 Lunch
3 Dinners
The following choices may be available when requested in advance: Gluten Free, Vegetarian
Lodging
Lodgings may differ by date. Select a date to see the lodgings specific to that date.
Oct 18, 2020 - Oct 21, 2020
Historic Gettysburg Hotel
3 nights
Gettysburg,
The Historic Gettysburg Hotel, Est. 1797 is a landmark in our nation's history, hosting prominent figures for nearly two centuries. The Hotel is listed in the Historic Hotels of America Directory which identifies quality hotels that have faithfully maintained their historic integrity, architecture and ambiance. This hotel is non-smoking. VOTED GETTYSBURG'S "BEST" HOTEL! Celebrate Gettysburg Magazine, 2007, 2008, 2009, 2010
TripAdvisor Reviews
See All Lodging Options
10 Reviews
Sort by
Most Recent
4.9 Average

it was all I hoped for and more, but we needed one more day. I did not get to see everything I wanted to and will go back and do the rest. Gettysburg is a wonderful small town and I loved the Hotel we stayed in.

I found the trip to Gettysburg to be within my price range and an educational experience. I had not been there since 8th grade, and it made a whole lot more sense than it did when I was a teenager.I had no concept of the struggles this country has faced with respect to slavery, freedom, and citizenship. Now I do.

Mechanicsburg, PA
(5) a year ago

The Gettysburg program was very informative. Even though I live but 30 miles away, and have had numerous opportunities to visit Gettysburg, ...I knew that Road Scholar would "do it right". I was so excited to hear the whole Gettysburg Battle Story, complete with insights and tidbits to make it personal. They did a great job, really!!

Whether or not you're a Civil War scholar, you will realize the benefit of this program. It is well-presented by highly knowledgeable instructors and backed up by visiting the actual battle sites.

The Gettysburg program went beyond our expectations. We highly recommend this adventure and learning experience. Every aspect of the program was excellent especially the breath and depth of the information presented and the quality of the presenters. Looking forward to future Road Scholar programs. Mary & Al

Philadelphia, PA
(5) a year ago

The Gettysburg program exceeded my expectations. It was particularly well structured with each day mirroring the days of the battle by starting with a lecture followed by a field trip for the day given by very knowledgeable and capable instructors. Side trips to the visitors center, Soldiers National Cemetery, and the Shriver House fit in well and contributed to the overall enjoyment of the experience.

The Gettysburg program was a very nice program and well done. Very enjoyable.