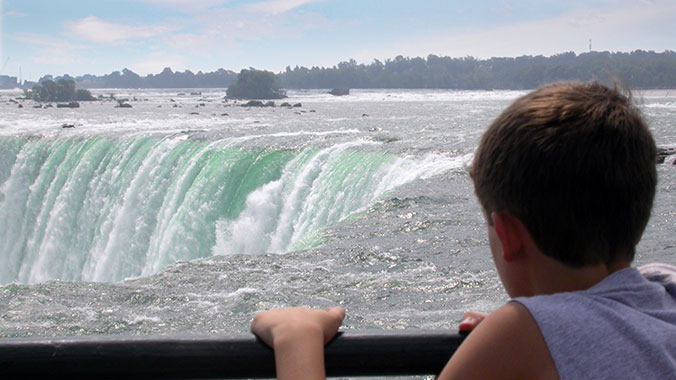 Adventures in Toronto & Niagara Falls With your Grandchild 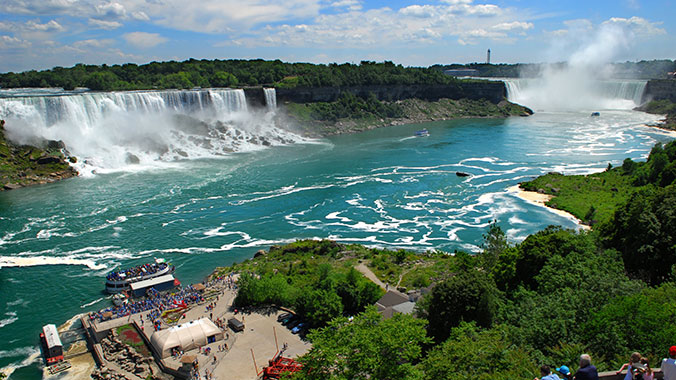 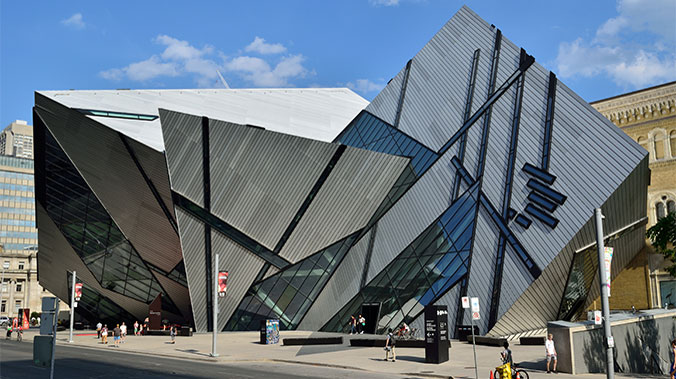 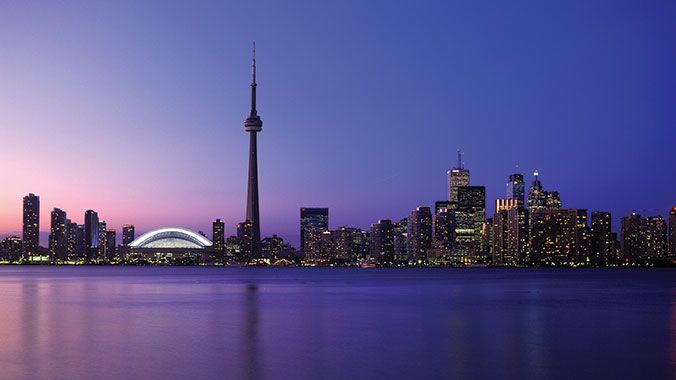 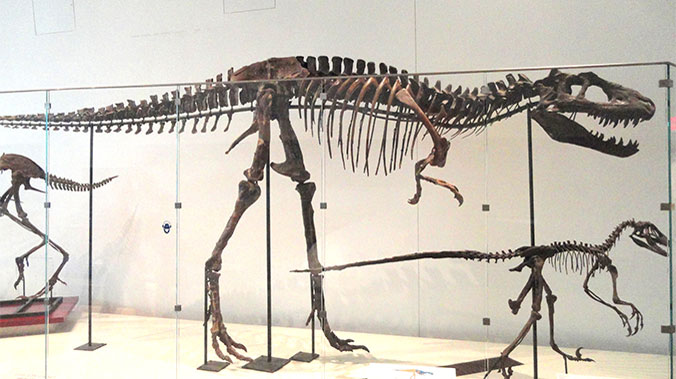 Wishlist Share Start
Embark on a learning adventure with your grandchild as you explore friendly Toronto, Canada’s largest city, and experience the awe-inspiring roar and mist of Niagara Falls.
Rating (5)
Activity Level

Rich history, weird science and boatloads of fun await you and your grandchild on this adventure in Toronto and Niagara Falls. Watch in delight as 2,000 butterflies swirl around you at the Butterfly Conservatory and thousands of colorful fish swim above and beside you at Ripley’s Aquarium. Experience Toronto’s waterfront as you cruise the harbour by boat and take a thrilling ride over the Niagara Gorge and Niagara whirlpool aboard an antique aero car.
Activity Level
Let's Go!
Walking two miles on city streets; use of public transit; stairs to access subway.

Program is for grandchildren ages 9-13.
Featured Expert
All Experts

Jim Hill
Jim has been with The Niagara Parks Commission, which preserves historic sites including Old Fort Erie, Laura Secord Homestead, Mackenzie Printery, McFarland House and the Heroes and Legends Shop at Table Rock, for 18 years. Jim also worked for Parks Canada and the Friends of Fort George, holds a private pilot’s license, is a Captain in the Reserve Army and lives with his wife Jeannie in Niagara Falls, Ontario.

Afternoon: Arrive to multicultural Toronto and transfer to the hotel. Program Registration. 4:00-5:00 p.m. Come meet our group leader in the lobby and get your welcome packet. If you arrive late, please ask for your packet when you check in and the front desk will be happy to help you.

Evening: We’ll begin our evening with an orientation session where we’ll get to know each other as well as review the up-to-date program schedule and any changes. We’ll go over important information as well as have time for questions. Program activities, schedules, personnel, and indicated distances or times may change due to local circumstances/conditions. In the event of changes, we will alert you as quickly as possible. Thank you for your understanding. Continue getting to know your fellow Road Scholars or settle in for the night. You may also wish to explore what the city has to offer. The hotel is located in the heart of Toronto, surrounded by shops, restaurants, movie theatres, and within walking distance to the Ed Mirvish Theatre, the Toronto Police Museum, and the escape game room Roundabout.

Activity note: Walking up to 2 miles, on pavement, stairs; about 3 hours; boarding/disembarking boat. Harbour boat trip is aboard the Oriole, a Great Lakes Steamship replica, all 76 feet have been decorated with the perfect blend of varnished woods, wrought iron, polished brass and plush upholstery. The two wrought iron staircases lead to the canopied upper deck where guests can enjoy music while romancing the skyline from the comfort of one of her many varnished benches. We will be using public transit today.

Morning: Learn about Toronto's history and some of the city's most vibrant and culturally diverse neighbourhoods from a local expert before going out to explore on foot. Gain an appreciation and understanding of the 20th century immigrant experience, and the importance of Kensington Market and Chinatown in the development of modern-day Toronto's incredible cultural diversity. Set off to discover some of Toronto’s most colorful and culturally rich neighborhoods. A scavenger hunt will help participants young and old learn about the area in a fun and interactive way. We begin our urban adventure at Kensington Market, from there it’s a short walk to a bustling and colorful Chinatown. Here, we’ll explore the history of the Chinese community in Toronto; Jewish and Eastern European immigration and history; fine art, graffiti art and murals, moose on rooftops, a famous King who lived here, and some of the best places to eat and shop. Toronto is one of the most multicultural cities in the world and celebrates over 100 different cultures with over 180 languages spoken.

Afternoon: Embark on a boat trip to experience Toronto Harbor from the water. We will explore the harbor on a relaxing cruise and view the city's breathtaking skyline including the Harborfront, CN Tower, Rogers Centre, Scotiabank Arena, Toronto Islands, and the fabled Gibraltar Point Lighthouse.

Evening: At leisure. If you wish, you may enjoy the on-site facilities. Kids of all ages love the Eaton Chelsea! The Family Fun Zone features the Kid Centre, pool and the 130-foot "Corkscrew", downtown Toronto’s only indoor waterslide and other supervised activities.

Activity note: Walking up to 2 miles in a museum, some stairs. We will be using public transit today.

Morning: This morning we visit the Ripley Aquarium, a public aquarium featuring over 20,000 freshwater and exotic sea specimens. Our exploration of the Canadian Waters Gallery will take us from coast to coast learning about some of the Country’s spectacular habitats, freshwater wildernesses, fisheries and kelp forests. We’ll also get the chance to see the inner workings of the aquarium as we go behind the scenes to the animal husbandry department with an expert aquarist who will introduce us to food preparation and water filtration systems which mimic the animals’ natural habitats.

Afternoon: Free Time. Take this opportunity for personal independent exploration to see and do what interests you most. The Group Leader will be happy to offer suggestions.

Morning: Head out to explore the history and flavors of the city with our local expert. See places that even locals don't even know about - the hidden gems often overlooked. Explore Old Town Toronto on foot with stops in front of St Lawrence Hall, St. James Cathedral as well as various historical sites along the way. The fusion of classic architecture and modern amenities is enhanced by the stunning view of Toronto's skyline. We will end our walk at historic St. Lawrence Market, considered by Food and Wine magazine to be one of the world's 25 best food markets, located in the heart of historic Old Town Toronto. Here we will discover some Canadian delights; the restored 1845 market building is home to more than 50 specialty vendors.

Afternoon: In Niagara Falls, we experience the water, power and mist of one of Canada’s natural wonders. We will get up-close and personal on a new state-of-the-art catamaran boat tour “Voyage To The Falls”. We will travel from the Canadian docks at the base of the Great Gorge, past the American Falls, Bridal Veil Falls and experience a connection with the thundering water, awesome power and amazing mist of the mighty Horseshoe Falls!

Evening: Check in to our hotel in Niagara Falls.

Activity note: Approximately 1.5 hours on the coach; Walking 2 miles over the course of the day.

Morning: This morning we will soar the Great Gorge, high above the racing Niagara River on the Whirlpool Aero Car. We'll be transported through the air in an antique cable car, while far below the torrent of water abruptly changes direction and creates one of the world’s most mesmerizing natural phenomena – the Niagara Whirlpool. Sometimes frightening and always unforgettable! Next, we will visit the Butterfly Conservatory, this magical place features over 2,000 colorful tropical butterflies floating freely among lush, exotic blossoms and greenery. Paths wind through the rainforest setting, past a pond and waterfall and the Emergence window, where butterflies leave their pupae and prepare to take their first flight!

Afternoon: After lunch we will embark on an expert-led motorcoach exploration of the historic Niagara area including Niagara-on-the-Lake. Focal points will include learning about the area from times of the First Nations peoples to the arrival of the Europeans and eventually the War of 1812. Visit battlefields from the War of 1812 and Queenston Heights. There will be some free time in Niagara-on-the-Lake before dinner.

Evening: Return to Toronto by coach after dinner.

DAY
6
Program Concludes
Toronto, ON
B

Breakfast: At the hotel for 7:00 a.m. Program concludes.

Morning: We hope you enjoy Road Scholar learning adventures and look forward to having you on rewarding programs in the future. Please join our Facebook page and share photos of your program. Visit us at www.facebook.com/rsadventures. Best wishes for all your journeys!

This is a great program. There is plenty of walking, so a walking stick is helpful. We learned a lot about our neighbor to the north. The food was good and we experienced the diversity of Canada through the various ethnic foods we were served.

The opportunity for grandparents to travel with their grandchildren is a great way to improve bonding and give the grandchildren a better idea of where they come form, of their roots. Doing that during travel helps as being in a new environment also improves your understanding of self.