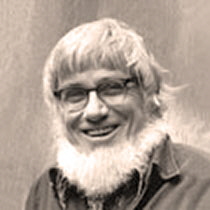 Martin P. “Marty” Knowlton was a world traveler, social activist and educator who co-founded Elderhostel, the organization which became Road Scholar. Born in Dallas, Texas, on July 30, 1920, Knowlton drove ambulances for the Free French Forces in the Middle East and served in the U.S. Army, earning a Silver Star in the Philippines in 1944. He later earned several college and university degrees, taught government at the college level, conducted research for the Maine paper industry and coached a high school chess team to a national championship. Knowlton served as chief resident student advisor at Boston University, where he began working with longtime friend and Elderhostel co-founder David Bianco. A self-described “hippie,” Knowlton challenged the notions of aging by backpacking through Europe in his 50s, mostly on foot, for four years. On a mission to fight ageism and provide enriching ways for older Americans to stay mentally active and engaged, Knowlton co-founded Elderhostel with Bianco in 1975. Knowlton died on March 12, 2009. He was 88. 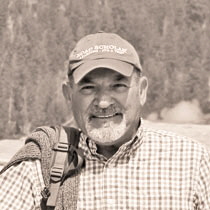 Born July 15, 1939, Road Scholar co-founder David Bianco spent his career in the service of educational institutions throughout New England and helped popularize the notion that education is a lifelong pursuit relevant not only to young students, but also to older adults. After graduating from Eastern Michigan University in 1966, Bianco served as director of the residence hall system at Boston University, where he was a grad student (and where he met co-founder Marty Knowlton). He worked for three years as dean of freshmen at Brandeis University, and in 1972, he began a seven-year stint as director of residential life at the University of New Hampshire. It was there that he and Knowlton hit upon the idea to start Elderhostel, which became Road Scholar. Bianco was considered the more organized, administrative member of the dynamic duo — who in many ways had opposite personalities — and he and Knowlton remained collaborators and close friends until Knowlton’s death in 2009.  Until recently, Bianco remained an active member of the lifelong learning community, participating in Road Scholar programs and advocating for the benefits of learning at every age. Bianco passed away on January 11, 2016. He was 76. Bianco and Knowlton are remembered as visionaries who helped revolutionize the world's view of older Americans and older Americans' view of themselves.