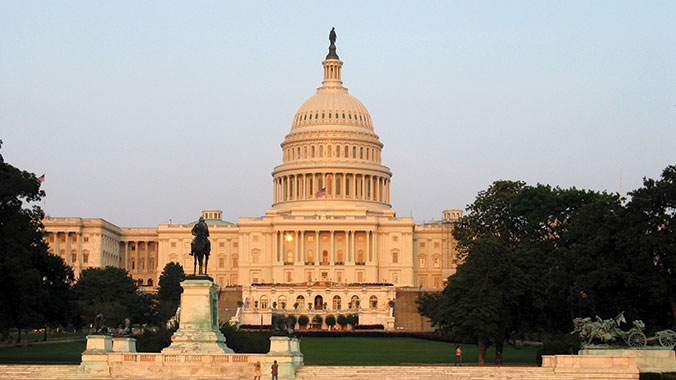 Inside American Diplomacy With the Foreign Service 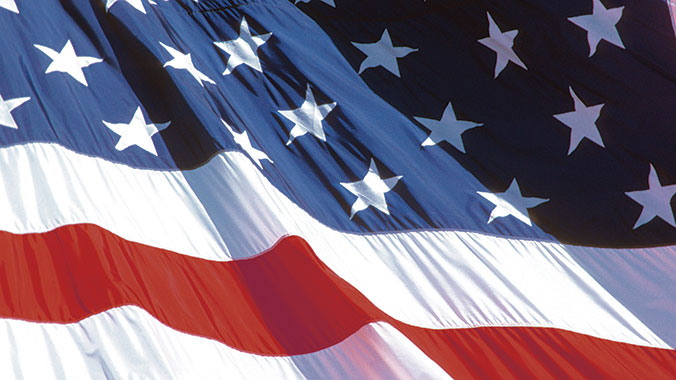 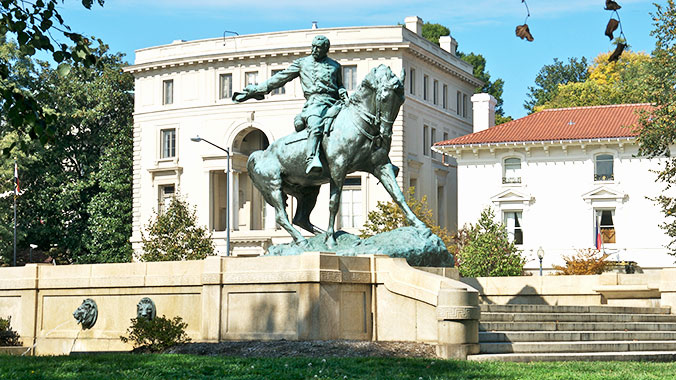 What do U.S. diplomats in the Foreign Service do? Their mission is manifold: to promote peace, support national security goals, advance U.S. business and agricultural interests and protect American citizens. Gain in-depth, behind-the-scenes knowledge of life in the Foreign Service from active and retired officers and ambassadors who share their personal experiences firsthand. Examine pressing U.S. foreign policy issues in action — enhanced by Q&A sessions — to better understand what tomorrow may bring.
Activity Level
Easy Going
Minimal walking and standing; must be able to get on/off bus.

Activity note: Hotel check in is available from 4:00 p.m

Afternoon: Program Registration: 3:00 p.m. After you have your room assignment, come over to the Road Scholar table in the lobby to register with the program staff and get your welcome packet containing your name-tag, up-to-date schedule that reflects any last-minute changes, and other important information. If your arrival is delayed, please ask for your packet when you check in.

Evening: Orientation: The Group Leader will greet everyone with a warm welcome and lead introductions. We will review the up-to-date program schedule and any changes, discuss roles and responsibilities, logistics, safety guidelines, emergency procedures including contact numbers for key staff, and answer any questions you may have. Guest speakers for Road Scholar AFSA (American Foreign Service Association) programs are active or retired diplomats who are experts in their fields. To ensure that the subjects and areas being discussed will be as current and relevant as possible, speakers are not finalized until a few weeks before the start of the program. Scheduled free time is reserved for your personal independent exploration. Please be aware that program activities, schedules, and personnel may need to change due to local circumstances. In the event of changes, we will alert you as quickly as possible. Thank you for your understanding. We’ll begin our Road Scholar educational program with an introductory film on the American Foreign Service. From the U.S. Department of State website: “As the lead U.S. foreign affairs agency, the U.S. Department of State represents the United States at more than 270 diplomatic locations around the world, including embassies, consulates, and missions to international organizations.” AFSA began working with Road Scholar in 1996 (when the organization was known as Elderhostel). The goal was and is to educate participants about the work of the U.S. Foreign Service. AFSA programs for Road Scholar have reached some 10,000 participants in Washington DC and elsewhere around the country. These educational programs feature retired and active diplomats and focus on particular themes of current interest as well as more general presentations of U.S. diplomacy

Morning: We will have two lectures this morning with a short break in between. This week's topic will be “The Korean Peninsula, China and other Challenges & Opportunities in Asia.” Speakers will be finalized a few weeks before the start of the program. The mission of U.S. diplomats in the Foreign Service is manifold: to promote peace, support national security goals, advance U.S. business and agricultural interests, and protect American citizens. As we examine U.S. foreign policy issues in action, gain in-depth, behind-the-scenes knowledge of life in the Foreign Service from active and retired officers and ambassadors who will share their personal experiences firsthand. Lectures are enhanced by Q&A sessions.

Lunch: In the hotel.

Evening: AFSA’s programs for Road Scholar provide unparalleled opportunities to learn directly from American foreign service professionals who were “there” in person. Tonight we will view a film from the AFSA archives "America's Diplomats."

Morning: Our first field trip this morning takes us on a privileged visit to a foreign embassy. We will meet with their diplomats to gain a deeper understanding of how an embassy functions. Due to variable schedules, the particular embassy will be finalized shortly before the program. Next, we will go for a motorcoach exploration through our nation’s capital with expert commentary on-board as we drive through and learn about the history of “Embassy Row”— in and around a stretch of Massachusetts Avenue — and more. There are more than 170 foreign embassies in Washington. We’ll then transfer to the historic DACOR Bacon House in downtown Washington for lunch.

Lunch: At DACOR Bacon House. This unique private organization for foreign affairs professionals fosters professional and social networking and provides opportunities for candid dialogue in the trusted environment of a stunning historic mansion (1825) just two blocks from the White House.

Afternoon: The rest of the afternoon is at leisure. Feel free to depart on your own to explore from the DACOR House, or take the coach back to the hotel.

Evening: At leisure. You might like to go out and see more of the city on your own, spend time with new Road Scholar friends, or simply relax.

Morning: In two expert-led presentations this morning gain more in-depth information about the program theme and hear from diplomatic staff about their personal experiences.

Lunch: At the hotel

Afternoon: We will depart the hotel via motorcoach for a field trip to the Foreign Service Institute (FSI), the Federal government's primary training institution for officers and support personnel of the U.S. foreign affairs community. The FSI is part of the State Department’s campus known as the George P. Shultz National Foreign Affairs Training Center. Led by an expert, we will learn more about the FSI and its work preparing American diplomats and other professionals to advance U.S. foreign affairs interests. The FSI provides more than 600 courses, including 70 foreign languages, to more than 100,000 enrollees a year. Next, we stop back into the hotel for another briefing from a member of the foreign service.

Dinner: We will gather for our last dinner together as a group at a local restaurant. Share your favorite experiences with new Road Scholar friends.

Evening: We will round out the day with one more presentation on program related themes.

Activity note: Hotel check out is by 12:00 Noon. Bags may be left at the front desk until departure.

Morning: We’ll have two closing lectures and a brief “wrap up” to review program highlights and address any lingering questions.This concludes our program. We hope you enjoy Road Scholar learning adventures and look forward to having you on rewarding programs in the future. Please join our Facebook page and share photos of your program. Visit us at www.facebook.com/rsadventures. Best wishes for all your journeys!

Meals
10 Meals
4 Breakfasts
3 Lunches
3 Dinners
The following choices may be available when requested in advance: Vegetarian, Gluten Free, Low Fat, Low Salt
Lodging
Lodgings may differ by date. Select a date to see the lodgings specific to that date.
Sep 12, 2021 - Sep 16, 2021
The Madison Hotel
4 nights
Washington
A historic and homey hotel in the heart of downtown, just four blocks from the White House and six blocks from the National Mall.
TripAdvisor Reviews
See All Lodging Options
5 Reviews
Sort by
Most Recent
5 Average

This is a great way to learn in comfort about US diplomacy from career foreign service people with first-hand experience living in the countries the program covers.

This program was well organized, informative and much was learned by my wife and I during the 4 days in DC.

This program provided very knowledgeable, engaging speakers who were current in their areas. I recommend it for anyone interested in efforts of the US Foreign Service!

Jacksonville, FL
(5) a year ago

My first Road Scholar Trip. What a great experience making new friends a learning about the Foreign Service. I look forward to another adventure.

All 8 speakers were very knowledgeable about the history and current political, economic and cultural aspects of their countries. All of them had extensive experience in many countries and are still involved in international affairs. They were willing to discuss positive and negative aspects of current US foreign policy.

Continue
Choose Your Airfare
The prices shown here are for airfare only. When you select your airfare, your total price will be updated on the Dates & Prices page.
Choose an airport
Sep 12 -
Sep 16, 2021