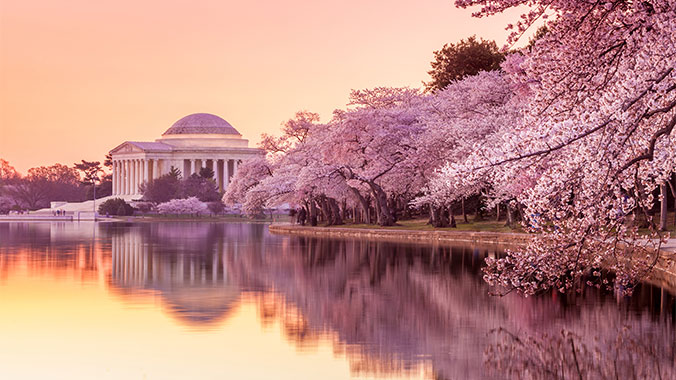 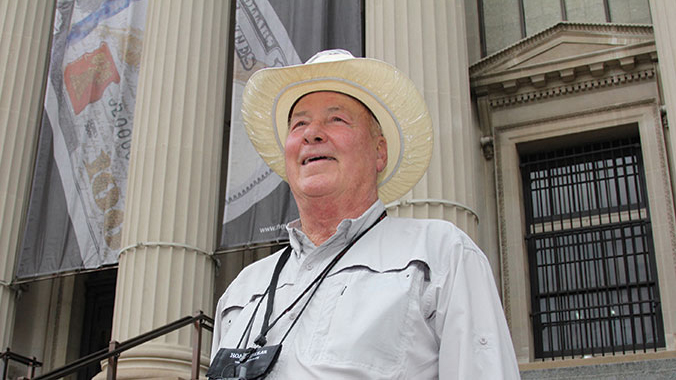 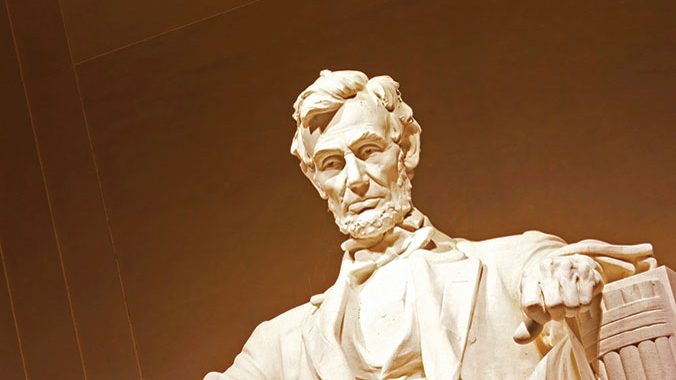 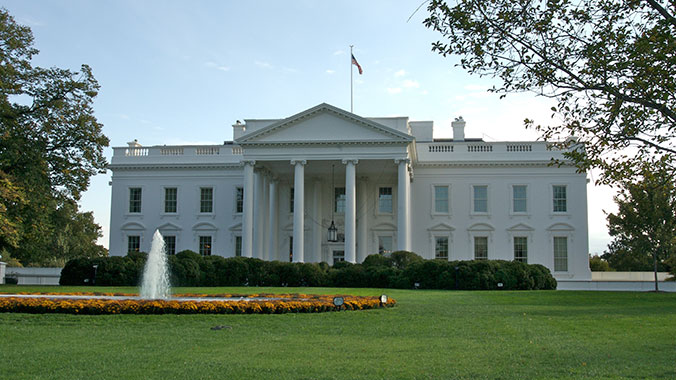 Wishlist Share Start
Explore Washington D.C. with experts and learn the stories behind the monuments, memorials and historic sites that pay testament to our national identity.
Rating (4.8)
Activity Level

The capital of the United States is truly “monumental” as you’ll discover in this exciting experiential learning program with American Civics Center. Explore major monuments, memorials, museums and historic sites on and off the National Mall. Through seminars with memorial founders and policy experts, learn what Washington’s monuments tell about those who created them, the people and events they memorialize, their eras and how our nation’s sons and daughters are remembered. Daily discussions and field trips provide keen insights into historic and current issues.
Activity Level
Keep the Pace
Walking 2-3 miles per day during field trips over level terrain; extended standing. Monuments accessible by elevator.

Gary Regan
Gary Regan is a former U.S. Army officer who has worked at the Library of Congress and the U.S. Treasury. Since retiring in the mid-1990s, Gary has volunteered with Washington, D.C.-area organizations devoted to the performing arts and Americans with disabilities, and he is active in men's chorus and is an avid gardener. His expertise is in American history, modern European history, philosophy, French and Spanish.

Anna Patton
View biography
<%= Bio %>
Suggested Reading List
View 2 books
The Mall in Washington, 1791-1991
by Richard Longstreth
As the most important public space in the United States, the Mall in Washington, DC, has been a vital emblem of national spirit and ideals ever since Major Pierre Charles L'Enfant first envisioned it over 200 years ago. Although the Mall has undergone numerous changes since its conception, it has retained centrality within the life of the capital and has emerged as an essential symbol of American national identity and an influential model of city planning worldwide. Featuring 14 essays by prominent historians, architects, and leaders of some of Washington, DC's most important institutions, this volume explores the Mall's origins and growth, as well as the shifting political forces and cultural values that have shaped it. Over 140 illustrations help to tell the story of the site, including vintage maps, prints and drawings, in addition to numerous contemporary documentary and historical photographs. This edition features a new introduction discussing developments on the Mall since the first edition was published in 1991.
The Washington National Mall
by Peter R. Penczer
The Washington National Mall" is the first general history of America's greatest urban park. Learn the fascinating stories behind the monuments and museums, from the best known to the most obscure. The Capitol, the Washington Monument, and the Lincoln Memorial are all here, as are forgotten landmarks such as the Fish Commission, the Redwood Tree House, and Braddock's Rock. This amply illustrated volume has more than 100 archival photographs, many never before published, as well as recent color photographs of the monuments and museums. A detailed two-page map of the Mall and the surrounding area serve as a handy reference guide for visitors.
Start Enrolling

Afternoon: Receive your final program materials upon check in at the hotel. Explore eclectic neighborhood around the hotel before dinner. Access to convenience store, pharmacy, subway (metro) and fantastic mix of local and national chain restaurants all within two blocks of hotel.

Dinner: Enjoy some homestyle cooking and Southern hospitality at a neighborhood restaurant.

Evening: Evening exploration of Washington DC including a visit to the neighborhood surrounding the White House, the epicenter of Executive Branch power in Washington DC. Learn about the mansion's beginnings, history and present day uses. (If you wish to visit the interior of the White House, please contact one of your members of Congress well in advance of your visit dates.)

Morning: Extended visit of Arlington National Cemetery. On these hallowed grounds, visit the grave of President John F Kennedy, witness the solemn changing of the guard ceremony at the Tomb of the Unknowns and visit Arlington House, home to descendants of America's 1st first family and Confederate General Robert E. Lee. Due to amount of walking involved and topography of Arlington National Cemetery, participants can choose to travel through the site via foot or by motorized tram service.

Lunch: Lunch at the Cascade Cafe at the National Gallery of Art. Following lunch, participants can explore the galleries at their own pace or take a brief docent led tour of the museum's treasures.

Afternoon: Explore the tumultuous period in American History that paralleled Franklin Roosevelt's twelve years as President of the United States at the FDR memorial in West Potomac Park. From challenging conventional thinking about the role of the federal government in the nation's economy to confronting the evils of fascism, Roosevelt led America in trying times. The FDR memorial, a series of outdoor rooms in a park setting, memorializes the nation's efforts to overcome the Great Depression at home and defeat tyranny around the world.

Evening: Visit one of Washington DC's newest memorials, the National World War II memorial. Learn about America's struggle against Nazi Germany and Imperial Japan at the dawn of the age of weapons of mass destruction. Many enjoy visiting this site at night when the memorial's lights and water fountains give it a more majestic appearance.

Breakfast: Full American breakfast buffet at hotel followed by seminar about the National Mall. Listen to an expert on the history of the National Mall describe 200 years of efforts to make this space meaningful to our nation and the larger goal of a democratic world.

Morning: Learn about Thomas Jefferson's role in crafting the Declaration of Independence, forming a more perfect union and expanding America during a visit to the Jefferson Memorial near the tidal basin. Explore Abraham Lincoln's life, principles and civil war presidency at the Lincoln Memorial on the west end of the National Mall. Examine America's cold war history through the prism of the Korean War Veterans Memorial and reflect on the tragic consequences of U.S. involvement in Southeast Asia at the Vietnam Veterans Memorial.

Afternoon: Take three hours to enjoy all that the Smithsonian Institution has to offer. Most of the museum's are located along the National Mall within two blocks of today's lunch location. Check out the 1903 Wright Flyer at the National Air & Space Museum. Explore American Indian history and culture at the Smithsonian's newest museum. Walk two blocks to the National Museum of Natural History and check out the just re-opened Ocean Hall. If natural history isn't your thing, maybe the National Museum of American History right next door will be more to your liking - it recently underwent a two year renovation. Make sure you visit the "Star-Spangled Banner" gallery which features the flag that inspired the lyrics of our national anthem.

Dinner: Enjoy a steak or seafood meal off the wood fired grill at a popular local restaurant.

Evening: Spend your last night in DC visiting memorials to those who have served their country in the U.S. Marine Corps or U.S. Air Force. Offering a commanding view of the Capital's monumental core from the Virginia side of the Potomac River, the U.S. Marine Corps Memorial (more popularly known as the Iwo Jimo Memorial) honors those who have served as Marines going back to the beginnings of our nation. One of Washington's newest additions, the U.S. Air Force Memorial adds a modern element to the DC area's skyline. At 227 feet tall, it evokes a feeling of flight while honoring the service given by the men and women of the U.S. Air Force.

Morning: Seminar at hotel focusing on future development and preservation of the National Mall and other areas in the Washington DC area. Learn about memorials still in the planning process. Hear from representatives of entities endeavoring to preserve our current memorials, plan our future monuments, protect our civic space and manage our National Capital region's growth.

Afternoon: Check out is generally at noon. Luggage storage is available upon request.

I thoroughly enjoyed my Road Scholar trip "Monumental DC". Our accommodations were great and the guides were terrific, as well as the food options. I chose to go in the early fall to avoid the large influx of school groups that seem to visit in the spring. It was so interesting to learn the stories behind how some of the monuments came to be. Washington DC is a wonderful place to visit. I extended my trip for 2 days so I could take in some of the sites that were not included. I highly recommend this travel opportunity.

Expensive, but well worth it.

I want to go again on another Road Scholar journey. It was a great experience.

Highly suggest giving this consideration. I'd been to another RS program in DC a couple years ago, but this one hit a lot of different places. I went because of Mount Vernon (bucket list) and got a lot of wonderful bonus prizes. As usual it is your fellow scholars who make it special

Excellent tour. Glad I was able to see Washington DC with Roads Scholar.

Website is fine, the evaluation pagesneed a 'save" button on each page, save and continue buttons, thank you. 10.21.18

My husband and I enjoyed the Washington DC Monument tour immensely. It was interesting, speakers were well informed and made fascinating presentations. The group of people were warm friendly and were a real bonus. We kept busy but our every need was met. The accommodations at the Marriott were luxurious. We were so pleased with how prepared the guides were and how organized. Even the bus drivers were gracious in their service.

Great program. They keep you busy all the time. Visited numerous museums and historical sites. Meals were excellent. Nothing bad to say about this program.

Washington D.C.; great city to visit with so much to see. I enjoy visiting Washington D.C. for all the National monuments and the Smithsonian Museums. I am ready to go back for another visit. But, I won't go in May again when the city is filled with 8th graders on their school trips to Washington. The Road Scholar tour filled my needs of getting to the monuments without a lot of walking. I was disappointed with the Marriott hotel as I have had better food at other Road Scholar accommodations on other Road Scholar trips. Our guides were extremely knowledgeable, and I thank them for accommodating a stop at the Pentagon 9/11 Memorial.

This was an interesting program. Well run, good food and hotel was nice. The emphasis on memorials means you miss some of the other sights in DC. But, will worth you time, especially if you have never been to DC before. Professional, interesting, well delivered lectures.