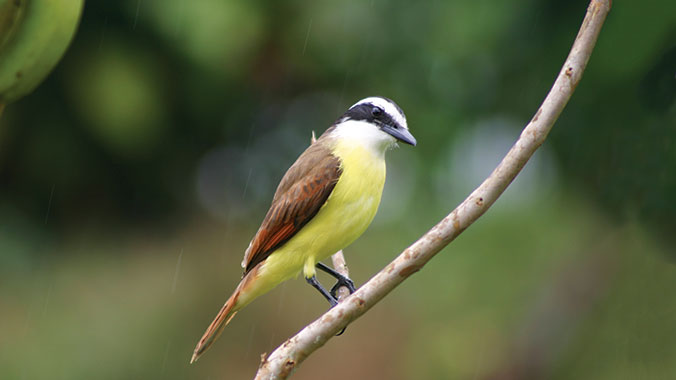 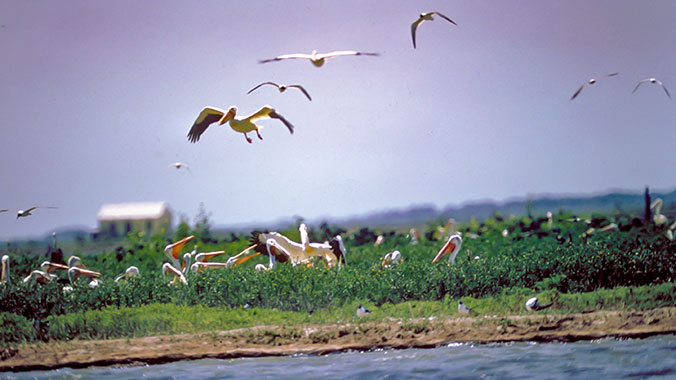 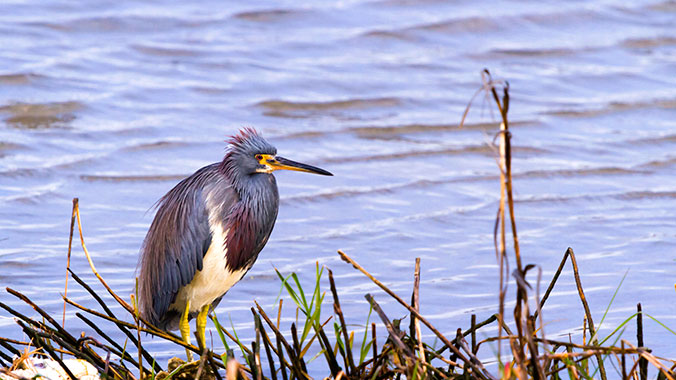 Afternoon: Welcome, introductions and orientation at 4:30 pm in the hotel meeting room on the ground floor.

Morning: Depart on a 30 mile drive to South Padre Island Birding and Nature Center offers a visitors center, extensive board walks and a diversity of birds including, wading birds, gulls, shorebirds and ducks including the Black-bellied Whistling ducks. Secretive birds may accommodate like the Clapper and Sora Rails

Afternoon: Birding continues at coastal and freshwater wetlands on the way back to Brownsville with chances of Wilson's Plovers, American Oystercatchers, Black Skimmers and Chihuahuan Ravens.

Morning: A short 14 mile drive to the Southmost Preserve, located on a meandering bend of the Rio Grande at the southernmost part of Texas. As part of the Boscaje de la Palma region of the Lower Rio Grande Valley Wildlife Corridor, the 1,034-acre preserve encompasses one of the last stands of native sabal palm trees in the country. This land has been called the "Jewel of the Rio Grande Valley" and many would argue that Southmost Preserve is one of the most ecologically important pieces of land remaining in the Valley. This preserve is home to one of the only two remaining large stands of native Mexican sabal palms in the U.S. In addition, several large tracts of Tamaulipan thornscrub are found here. A number of species at the northernmost extent of their range are present, such as David's milkberry, potato tree, Palmer's bloodleaf, and climbing plumbago. The bright fuchsia floral spikes of coral bean trees and the scarlet flowers of Turk's cap are abundant in spring beneath the canopy of palms and tall riparian trees. The Southmost Preserve is part of major migratory flyways. Birds that may be observed here include the Altamira oriole, chachalaca, green jay, tropical parula, buff-bellied hummingbird, black-bellied and fulvous whistling duck, groove-billed ani, Couch's kingbird, and olive sparrow. The wooded fringes of the resacas offer some of the last remaining nesting habitat known for two rare subspecies of birds, the Brownsville common yellowthroat and the Lomita Carolina wren.

Afternoon: Continue birding along the coastal grasslands and saltflats of the Lower Rio Grande NWR towards the Gulf of Mexico, looking out for shorebirds, larids, waders and raptors including Snowy Plover, Gull-billed Tern, Reddish Egret and White-tailed Hawk

Evening: Go over checklist of the days birds. Optional. Social evening at the hotel 5:00 - 7:00 pm

Morning: Depart on a 36 mile drive to Laguna Atascosa Refuge’s wetlands and tidal flats make it a significant wintering and migratory stopover area, as well as a major shorebird and waterbird breeding area. From freshwater to brackish to salty, the wetlands of the refuge are affected by tides, rainfall, freshwater runoff, evaporation, wind and in some instances, all of the above. The Laguna Atascosa (muddy lagoon), for which the refuge is named, is a 5,000-acre impoundment that is especially important for redhead ducks when they first arrive to their winter home on the Lower Laguna Madre. The refuge’s other large ponds, impoundments, resacas (oxbows) and pothole wetlands are also important as they are often the only source of freshwater for wildlife. These freshwater sources are also havens for alligators, turtles, frogs and many other species. Visit the southernmost waterfowl refuge in the US-Laguna Atascosa where another neo-tropical bird lives, the Plain Chachalaca. Other bird sightings may include Altamira Orioles, and in the waters of the Laguna Madre watch out for the Reddish Egret and other wading birds, as well as wintering ducks like Redheads, Northern Pintails, and the American Widgeon.

Afternoon: Continue birding at Laguna Atascosa and return to Brownsville by way of Laguna Vista with further chances of Aplomado Falcons

Evening: Go over checklist of the days birds. Optional. Social evening at the hotel 5:00 - 7:00 pm

Morning: The Sabal Palm Sanctuary is a 557-acre nature reserve and bird sanctuary located in the delta of the Rio Grande Valley in Cameron County near Brownsville, Texas. It is noted for being one of the last locations in the Rio Grande Valley with a profuse grove of Sabal Palms, an edible-heart-bearing palm much prized by pre-Hispanic inhabitants and noted by early explorers. As a relatively habitat-rich remnant of this Valley, it is a prized birdwatching and butterfly watching location for persons interested in the ecology of the Valley and adjacent states of northern Mexico. Regional specialties to watch out for include Least Grebe, Plane Chachalaca and Gray Hawk

Afternoon: Depart for the Brownsville resacas, for possible Green and Ringed Kingfishers, Green Parakeets, Tropical Kingbird and Black Phoebe, from where we'll drive to Oliveira Park to see Red-crowned Parrots, as well as a possible four other parrot species coming in to roost.

Morning: As part of the World Birding Center, Brownsville’s Resaca de la Palma boasts the largest tract of native habitat in the World Birding Center network. Etched by ancient curves of the Rio Grande, its 1,200 semi-tropical acres provide a quiet retreat from the hustle and bustle of an international urban center only a few miles away. Through the cooperation of local and federal land management agencies, a wilderness preserved from days gone by is open to nature adventurers for the first time. Program ends at 10 am.

Meals
15 Meals
5 Breakfasts
5 Lunches
5 Dinners
The following choices may be available when requested in advance: Low Fat, Vegetarian
Lodging
Lodgings may differ by date. Select a date to see the lodgings specific to that date.
Feb 16, 2020 - Feb 21, 2020
Holiday Inn Express & Suites Brownsville
5 nights
Brownsville
Relax at the Holiday Inn Express in Brownsville, Texas, a vibrating community with a unique atmosphere that boasts a blend of Mexican and American cultures. The hotel is situated along a delightful “Resaca” (little lake), and conveniently located in Brownsville - no other hotel in the area offer such a scenic view and only 15 minutes away from the Brownsville/South Padre Island International Airport, Nearby attractions include the finest small-town zoo in the nation – the Gladys Porter Zoo. Other attractions include the Sabal Palm Grove & Audubon Center & Sanctuary, and the Mitte Cultural District with some of the most exciting and fascinating cultural entities in the City of Brownsville. Guests can take a day trip to South Padre Island, and visit Mexico, or soak in the sun with a round of golf at any of the local golf courses. The hotel's amenities make you feel pampered. Go for a swim in the pool and unwind while looking out over the Resaca. Enjoy a glass of wine, beer and snacks at "Social Hour' on Tuesday and Wednesday evenings.
TripAdvisor Reviews
See All Lodging Options
1 Reviews
Sort by
Most Recent
5 Average

This Texas birding program was great fun, a terrific learning experience, and good way to find out about south Texas life and some history. We saw new birds and enjoyed the company of the group very much. The comfortable accommodations were appreciated and the leadership was top notch! Bob and Michael complimented each other, each sharing his unique expertise to the program. I recommend it very much!