Read on to find out some of the many reasons why England is one of our top travel destinations and take advantage of our tips, testimonials, reading list and more to help prepare you for your England travel adventure!

The national rail service is brilliant, so make use of it! Travel by train in England can get you just about anywhere in the country and allows you to avoid having to drive manual on the opposite side of the road! Book trains in advance for the best deals, and be aware of etiquette on public transport, especially in London. Avoid eye contact, remove your backpack and have your tickets ready so you don’t hold up the people behind you. When you ride on the train, make sure to pick up delicious food from Marks and Spencer to enjoy on your travels — a Wensleydale and carrot chutney sandwich with a packet of prawn cocktail crisps is excellent train food.

2. Buy an Oyster card in advance

An Oyster card is a smartcard that can be used on various forms of public transportation in London, including buses, the Tube, trams and more. Order a pre-paid card before your London tour to avoid queues and confusion, and you’ll have the option to add money as you go. Rides are cheaper using the smartcard than single tickets or Day Travelcards, and you can even show them at restaurants, shops, galleries and more around the city for more discounts!

London is a world-class city, and you truly can spend a week or more just scratching the surface of the sites and culture there. But England has so much more to offer! Be sure to make time during your tour of England to visit the university cities of Oxford or Cambridge or other larger cities like Manchester or Liverpool. Or head to the Lake District or the Peak District, explore the history of Bath or enjoy seaside towns like Whitstable or Margate.

A trip to England doesn’t have to be a pricey one. Many museums and art galleries are free to visit, so take advantage. Supermarkets usually have fee-free ATMs, while banks are more likely to charge. Another expert tip? Everything below a fiver is in coins, so don’t travel without big, strong pockets. And familiarize yourself with what the coins and bills look like in advance to save time and avoid confusion when you’re making purchases.

England hasn’t always been world-renowned for its cuisine, but that’s quickly changing! The food is no longer something to laugh at, so do some research ahead of time and choose a few great restaurants for your trip. If you’re not planning on setting up your American phone with international roaming, try getting a pay-as-you-go phone for a prepaid SIM to make all your restaurant reservations when you arrive.

6. Brush Up on the Language

Yes, they do speak English in England. No surprise there. But you may experience a little culture shock when you arrive and find the quirky accents, regional dialects and colloquialisms difficult to understand. (There are 18 different words for “bread roll,” for example). The BBC’s “The English We Speak” or our very own “How's Your English?” video are good places to start for regular lessons.

7. Be Prepared for Weather

England has a reputation for being a little … drippy, to say the least. There’s always a chance that you could travel around the country for a week or two and have mostly sunny days! But you’re more than likely to see some rain at some point. Be prepared, but don’t wear rain boots. Nobody but farmers (and tourists) wear wellies, and they are too heavy to walk around in, not to mention pack! Dress in layers, and have a hood or packable umbrella at the ready wherever you go.

54.7
million: the population of England
215
miles: the length of the River Thames, the longest river in England
1
billion: the number of English speakers in the world today (1 in every 7 people)

“I loved the blend of the better-known sites visited as well as the off-the-beaten-path experiences... I came back with a much better understanding of the history [and the] current events of the UK.”

Books about England and by English authors are endless. There are far too many to choose from! If you’re traveling on a Road Scholar learning adventure in England, check out the reading list specific to your program for the best reading  recommendations, but we’ve also put together a list of some more modern favorites from our England experts and locals we know! 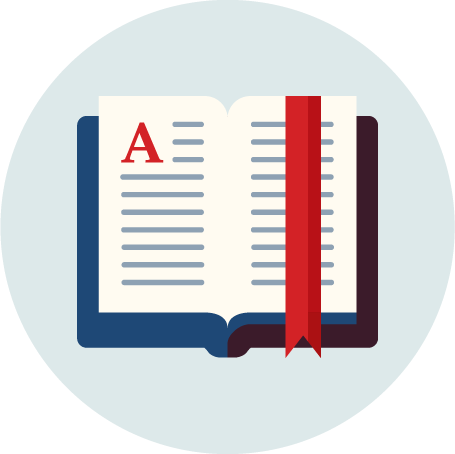 Lucky Jim by Kingsley Amis
Go back to university with Professor Dixon, a history lecturer in the English Midlands, as he pursues tenure, attempts to publish his first scholarly article and struggles with his love life.

Brick Lane by Monica Ali
Dive into the immigrant neighborhoods of East London where Nazneen has been transplanted from a Bangladeshi village after an arranged marriage to a much older man. Nearly imprisoned in a city housing project, Nazneen finds escape in an affair as her daughters struggle to find their place in a multicultural world.

The Line of Beauty by Alan Hollinghurst
Alan Hollinghurst’s social satire revolves around 20-year-old Nick Guest, who has moved into the attic of a wealthy, conservative Notting Hill MP and his family. Follow Nick as he learns about politics, money, love (or lust, we’ll let you decide), beauty and power — bookended by two general elections.

The English: A Portrait of a People by Jeremy Paxman
In this nonfiction exploration, journalist Jeremy Paxman attempts to answer the question: Who are the English? Through fascinating anecdotes, Paxman paints a portrait of English culture and attitudes with humor and wit.

The Night Watch by Sarah Waters
This piece of historical fiction takes readers back to 1940s London, following the lives of three women and a young man and their secrets, loyalties and demons. The thrilling novel takes unexpected twists with WWII as its backdrop.

The Road to Little Dribbling: Adventures of an American in Britain by Bill Bryson
This is a list of modern English literature, but we thought adding an exploration of England from the point of view of an American and a professional traveler may help give some special context to your adventure. Join Bill Bryson on his quirky and hilarious travels off the beaten track in England.

The Remains of the Day by Kazuo Ishiguro
Take the shotgun seat on a motoring trip through the countryside of 1950s England with Stevens, a career butler as he reflects on his decades of service, an unrealized love, two world wars and the time he has left.

Oranges are Not the Only Fruit by Jeanette Winterson
This semi-autobiographical coming-of-age novel follows the adolescence of Jeanette, an orphan who has been adopted by evangelists in central England, her religious journey and its juxtaposition to her sexuality.

Waterland by Graham Swift
Waterland tells the family history of four generations and the haunting past of Tom Crick, a 52-year-old history teacher being forced into retirement, through his fragmented narrative.

The Buddha of Suburbia by Hanif Kureishi
Described as “enchanting, provocative and original,” this comic novel full of colloquialism begins in an English suburb in the wake of Thatcherism. Nearly autobiographical, it follows the teenage life of Karim, born to English and Indian parents, as he navigates life in suburbia, New York and London in the 1970s.

The Girl Next Door by Ruth Rendell
This mystery begins in 1944 with a group of children who play in a network of underground tunnels they’ve discovered in Loughton, Essex, England. Seventy years later, construction workers discover that same network of tunnels, along with some skeletal remains. The children are reunited to help uncover the truth behind the buried bones.

Little Bee by Chris Cleave
This captivating novel alternates between the points of view of Little Bee, an illegal refugee and victim of the Nigerian oil conflict, and Sarah O’Rourke, a recent widow, as Sarah harbors Little Bee in her home.

More authors to check out: 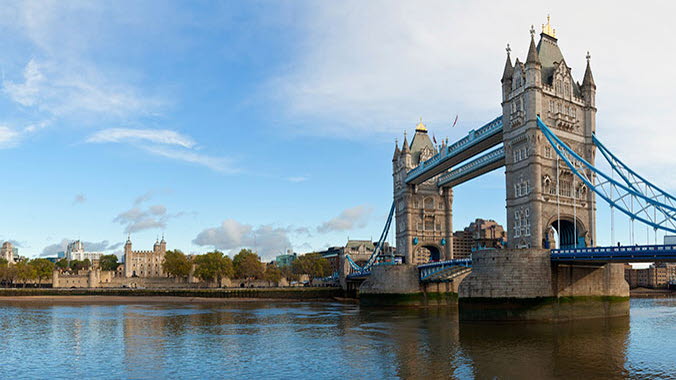 There are thousands of places in the world to learn about with Road Scholar. Yet if we had to pick just one place that is the most compelling place to experience this year, what would it be? Our choice for 2017: England. 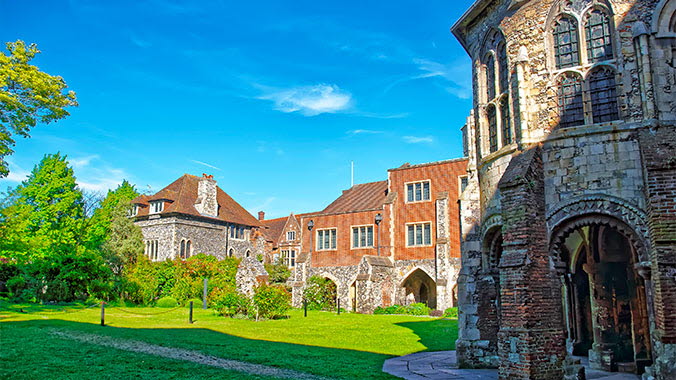 11 Reasons to Love England: Confessions of an Anglophile

Are you an Anglophile? Need persuading? Road Scholar’s Peter Spiers has compiled a list of 11 reasons why he loves England after living there in his youth. 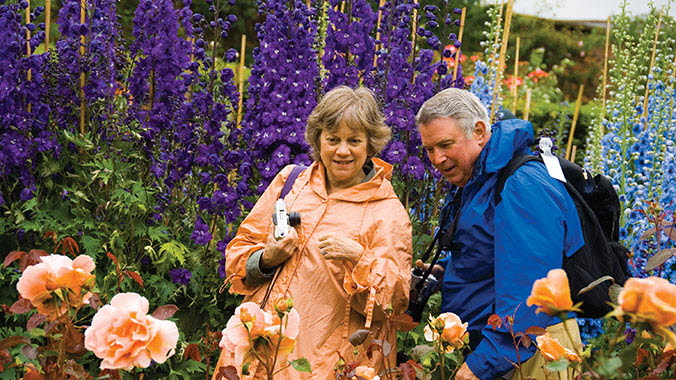 If you love flowers, you may agree that Kevin Tooher has the greatest job in the world. Get an insider’s perspective on the Chelsea and Hampton Court Flower Shows in this interview with a horticulture judge! 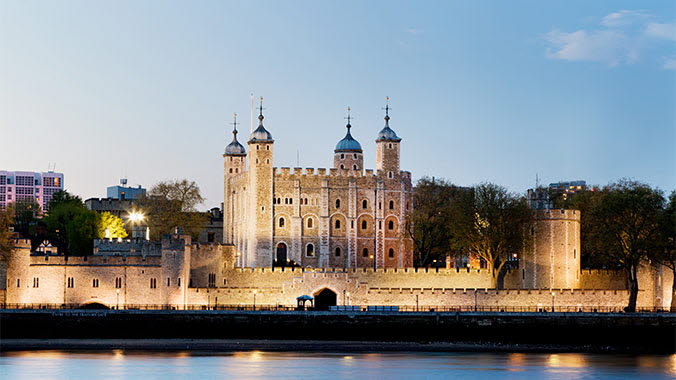 Have you ever imagined packing a bag and a few favorite books and heading to another country for a year? Where would you go? Find out the top 10 picks from Road Scholar participants! 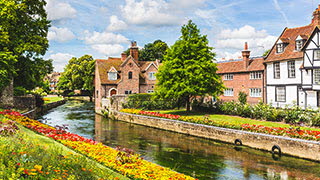 Live and Learn: 9 Educational Travel Adventures Around the World

We’re not the only ones who think England is the best destination for educational travel; Kayak.com agrees! Check out their list of top spots to learn. 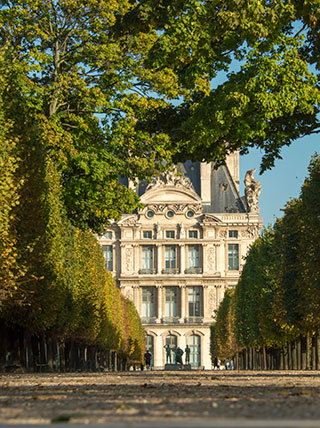 England/France
The Best of London and Paris: A Tale of Two Cities
Small Group
Compare the grandeur of these two cities as you discover iconic monuments, historic landmarks, distinct cultures and classic architecture on expert-led walks through London and Paris.
Activity Level 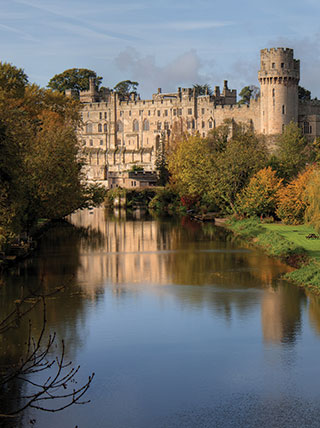 England
Magical Oxford: From the Narnia Chronicles to Harry Potter
Grandparent Ages 9-11
Discover the literary side of Oxford as you and your grandchild explore sites of the Harry Potter films, experience medieval life at Warwick Castle and much more.
Activity Level 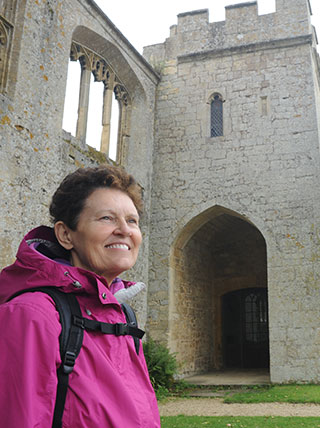 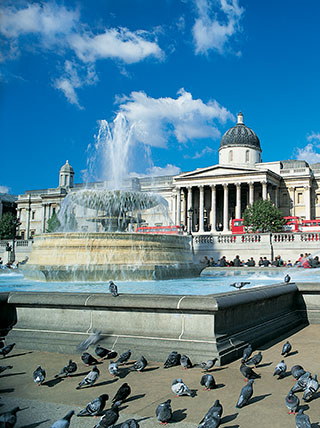 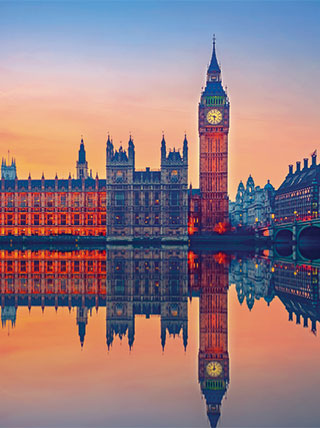 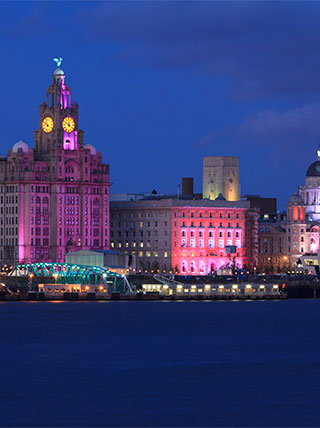 England/United States
Beatlemania and the Swinging ’60s: A Transatlantic Voyage Aboard QM2
Ocean Voyages
Free Airfare From Select Cities
Step back in time to the Swinging Sixties on a special musical Transatlantic adventure aboard the QM2 exploring the lives and art of the world’s most famous rock band: The Beatles.
Activity Level 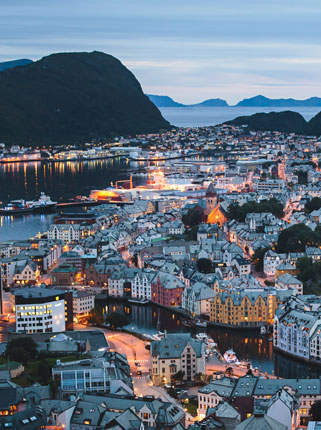 England/Netherlands/Germany/Poland/Estonia/Russia/Finland/Sweden
Grand Odyssey: The Baltics, Russia & Scandinavia
Ocean Voyages
Free Airfare From Select Cities
The gems of the North and Baltic seas are the stars of this grand voyage, an in-depth adventure that explores 10 unique countries over the course of 25 days.
Activity Level 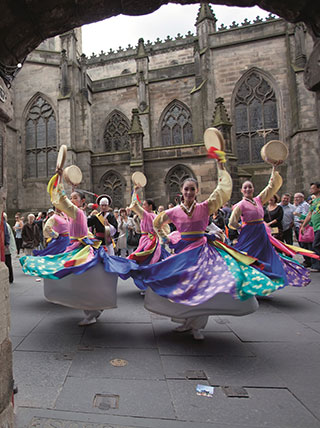 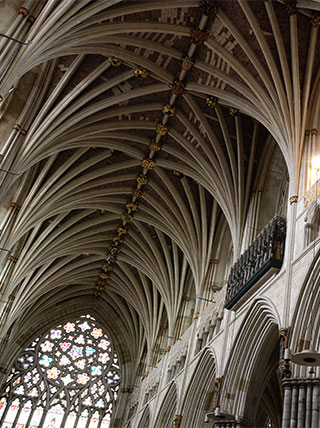 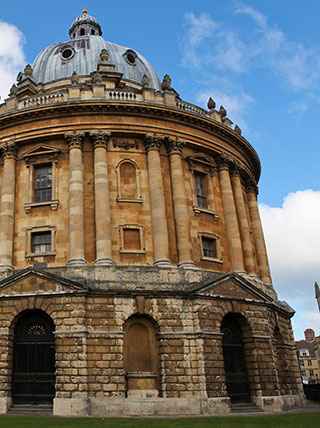 England
The Spirit of Oxford
Small Group
Discover what makes Oxford such a cultural treasure as you admire its architecture, walk in the footsteps of renowned writers and enjoy expert-led excursions to iconic monuments.
Activity Level 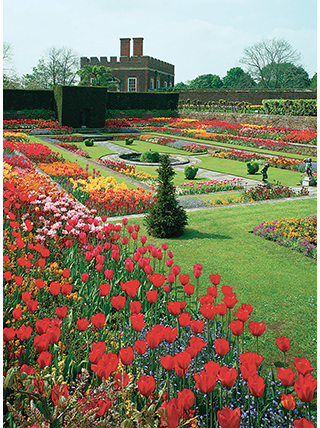 United States/England
A Gardener’s Dream: New York to London on Queen Mary 2
Ocean Voyages
Free Airfare From Select Cities
Trace the history of horticulture and the English garden at some of the world’s most spectacular gardens on this transatlantic voyage from New York to London.
Activity Level

England
Into the Heart of Theatre: Study the Stage in London’s West End
Theater
Immerse yourself in the dramatic arts in London. Learn theatre history and technique in classrooms used by the Royal Academy of Dramatic Arts and at renowned theatres around London.
Activity Level