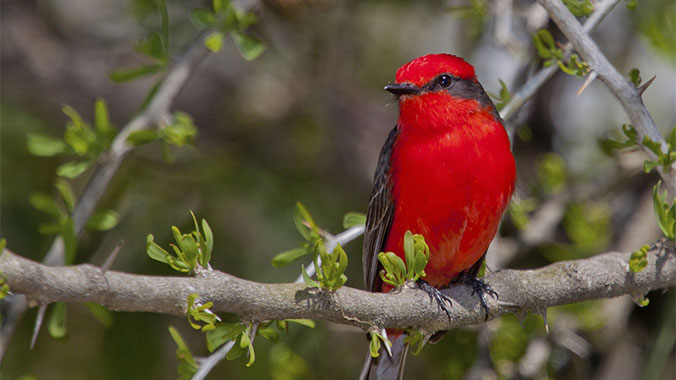 The Specialty Birds of South Texas: The Big Enchilada of Birding 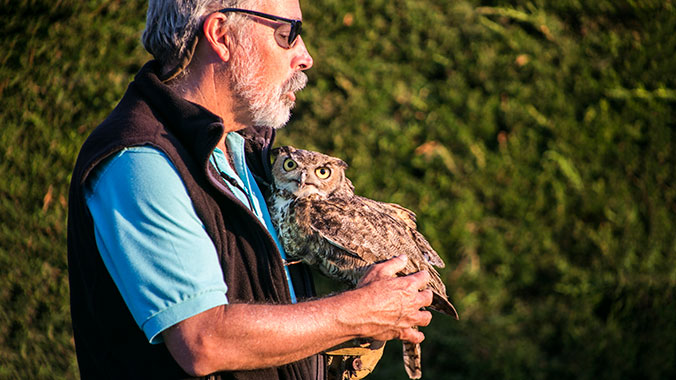 More than 350 species of birds call Mustang Island and King Ranch their home. In this spectacular birding adventure in South Texas that is sure to add a variety of species to your life list, join experts from the acclaimed University of Texas Marine Science Institute for an exploration of sandy beaches, major bay systems, extensive marshlands, grasslands and more.
Activity Level
Outdoor: No Sweat
Walking 1.5 miles plus a day at stop/start intervals, fairly even terrain, frequent stops. Port Aransas, TX elevation 6 feet and Kingsville, TX 59 feet.

All Road Scholar birding programs have a maximum participant-to-instructor ratio of 14:1 in the field. We adhere to the American Birding Association’s Code of Ethics. Learn more at http://www.aba.org/about/ethics.html
Featured Expert
All Experts

Tommy Moore
Throughout his life, Captain Tommy Moore has been an avid outdoorsman who has explored the bays and estuaries of the Texas Coastal Bend since the age of 15. After giving up the corporate life in 2003, Captain Moore began piloting coastal birding explorations into the Aransas National Wildlife Refuge to see endangered Whooping Cranes. He continues to lead birding adventures around the Texas Coastal Bend where more than 400 species have been documented.

Morning: Birding in and around Port Aransas all day. The recovery of some boardwalks and replanting of vegetation is ongoing after hurricane Harvey, but the birds are still coming. We will visit some popular sites included in the Great Texas Birding Trail, the Leonabelle Turnbull Birding Center and Joan & Scot Holt Paradise Pond. We will be looking for migratory warblers as well as remaining winter birds.

Afternoon: Birding continues in Port Aransas along the Gulf of Mexico Beach, looking for gulls, terns and numerous shorebirds.

Morning: Early departure and checkout hotel. Depart on a 20 mile drive north to Fulton where we board the M/V Skimmer for a morning rookery island cruise. On this 4 hour trip, we visit 3-4 different rookeries and travel through 6 different bays to witness one of nature’s true spectacles. This is a great opportunity to view many different species of colonial waterbirds courting, sparring, nest-building, and feeding their chicks later in the season. All of the birds are in their breeding plumage offering outstanding photo opportunities. Birding begins the moment the boat leaves the dock. The 58 foot M/V Skimmer has a twin hull and two decks. The lower deck is covered and protected from the weather, while the upper deck is open and offers stunning views of expansive wetlands, birds, bottlenose dolphins, and other animals that meander the coastline.

Afternoon: After lunch we will depart on a 65 mile journey southwest to Kingsville - hometown of the King Ranch. Check in to Hampton Inn.

Morning: Early departure for a 60 mile journey south to the Norius Division, the most southern division of the King Ranch. Our target birds are the Ferruginous Pygmy Owl and Tropical Parula.

Lunch: Picnic lunch on the ranch

Afternoon: Birding continues after lunch. The King Ranch also has a long history of wildlife management and rich populations of game species such as northern bobwhite quail, white-tailed deer, nilgai antelope, and wild turkey so be on the lookout for those animals too. We go through a border patrol check point on our journey back to Kingsville. Be sure to carry your ID or passport if you are not an American citizen

Morning: Checkout of hotel then depart on a short journey to the King Ranch for a guided tour with an expert guide for birding on the Santa Gertrudis division. Look for out for Green Jays, Kiskadees, Vermillion Flycatchers and Olive sparrows

Afternoon: After lunch, on our way back to Port Arasnas, we will make a stop at the renowned hawk watch site Hazel Bazemore Park. Birds to watch out for are the Green Kingfisher, Kiskadee and migratory warblers

Evening: Free evening to relax, or explore the small town or take a stroll on the beach

Morning: Birding continues along the Great Texas Coastal Birding Trails around Corpus Christi and Port Aransas looking for species that may have eluded earlier in the week

Afternoon: Birding continues on the way back to Port Aransas where we will tour the Animal Rehabilitation Keep (ARK) on the University campus

Evening: Social in the hotel meeting. Final wrap-up and farewells. .

Activity note: Check out of hotel by 11 am

Morning: Depart after breakfast at your convenience. Check out time is 11 am. Your group leader will be available in the lobby from 8:00 - 8:30 am to answer any last minute questions you may have and bid you farewell.

Excellent program. Counting everything from sparrows to owls I got 145 species and having access to King Ranch was great. Their resident guide knows his stuff and we got three of our target birds. Our leader was great and our bird guide had a great ear. She got us on some birds I surely would have missed.

If you are looking for the specialty birds of south Texas, this program will deliver. Guides were knowledgeable and skilled in locating the birds and helping participants get good looks whenever possible.

Continue
Choose Your Airfare
The prices shown here are for airfare only. When you select your airfare, your total price will be updated on the Dates & Prices page.
Choose an airport
Apr 18 -
Apr 24, 2021