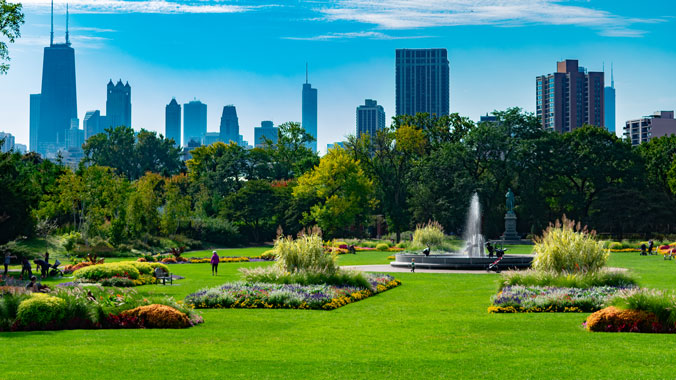 Wonders of the Windy City at a Slower Pace 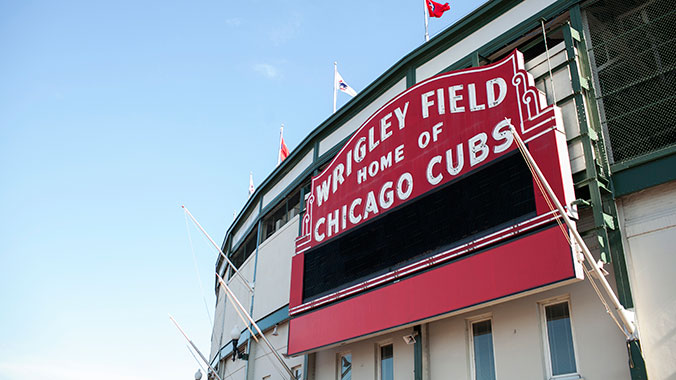 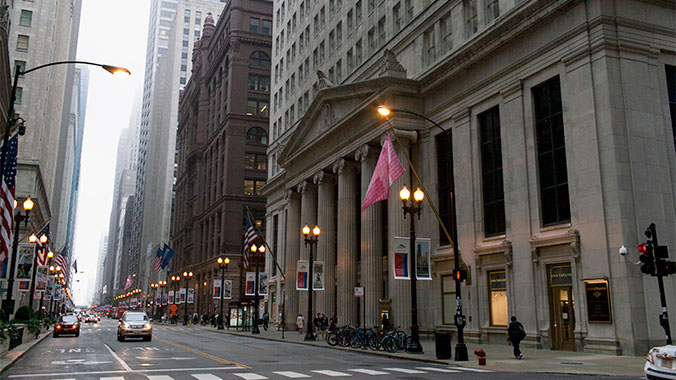 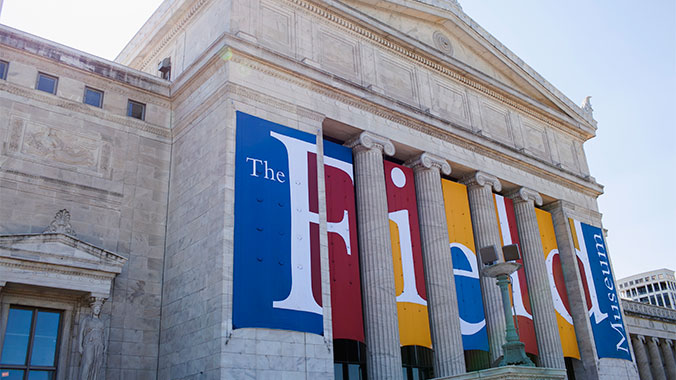 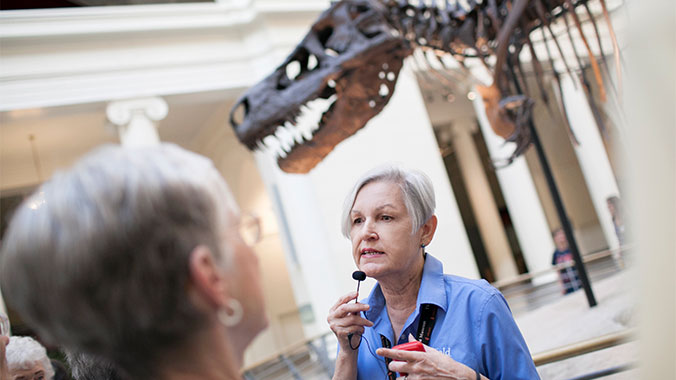 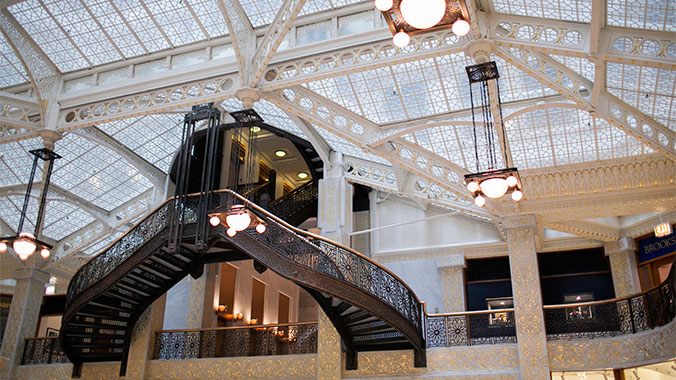 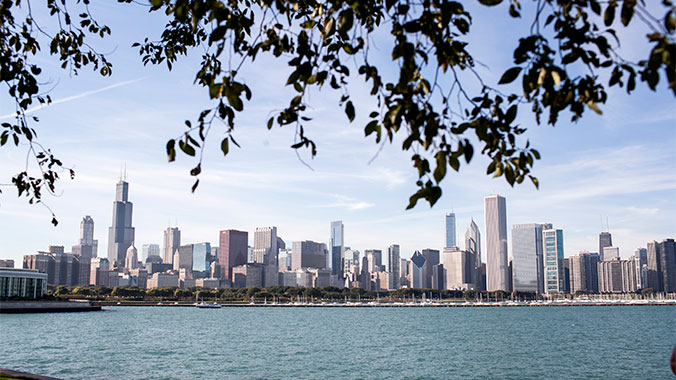 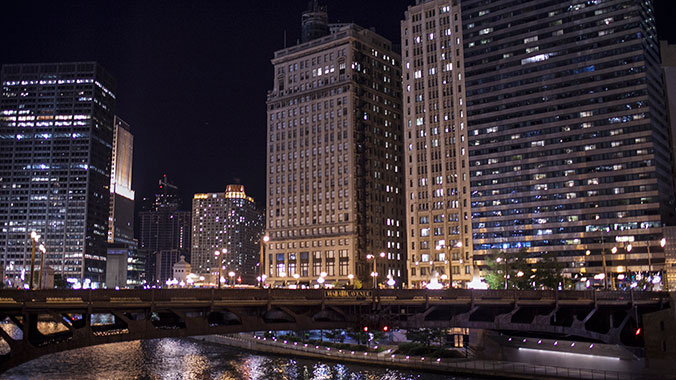 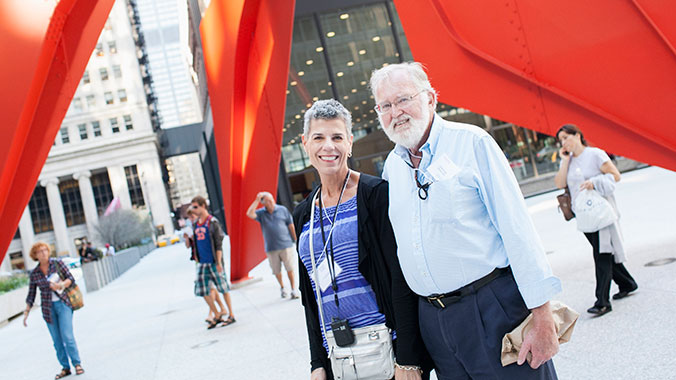 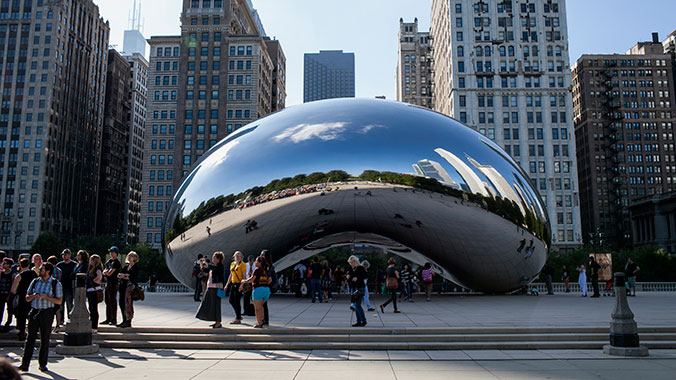 Uncover the historical, political, flavorful and architectural thrills of Chicago at a relaxed pace as you discover both classic and modern gems alongside experts on this easy-going adventure. Go beyond gangsters, jazz, Chicago-style hot dogs and deep-dish pizza to explore iconic landmarks from Wrigley Field and the Art Institute of Chicago to the longtime personal residence of President Obama, Grant Park and the Magnificent Mile. Enjoy your introduction to this first-rate city as you take your time relishing the restored lakefront, delicious dining, celebrated museums and stunning skyscrapers on this educational excursion.
Activity Level
Easy Going
Walking up to one mile per day.

Zbigniew Banas
A Polish-born graduate of the University of Chicago and Brown University, Zbigniew Banas is a well-known local journalist and scholar. He maintains a dual interest in politics and cinema, providing radio commentary and teaching classes on both subjects. For more than 20 years, he's been active in various adult education programs of the Jewish Community Center of Chicago. At present, he is also a lecturer in the Department of Modern Languages and Literatures at Loyola University, and a Master Teacher for the Princeton Review test preparation company.

Afternoon: Hotel Check-in: Available from 4:00 p.m. Program Registration in the hotel lobby from 3-5pm. After you have your room assignment, come over to the Road Scholar desk in the lobby and pick up your arrival packet containing up-to-date schedule which we will review during Orientation, and to confirm the time and location of the Orientation session. If you arrive late, please ask for your packet at the front desk when you check in.

Dinner: We will have dinner in the hotel with orientation immediately following.

Evening: Orientation: The Group Leader will greet you with a warm welcome and introduce everyone. We will review the up-to-date daily program schedule and any changes, discuss responsibilities, safety guidelines, emergency procedures, and answer any questions you may have. During free time, the Group Leader will often be available to guide informal excursions, activities, or meals not included in the program. You are welcome to join if you wish, with any associated costs (if any) on your own, or explore independently. Please be aware that program activities and scheduled times could change due to local circumstances. In the event of changes, we will alert you as quickly as possible. Thank you for your understanding. The remainder of the evening is free to continue getting to know your fellow participants. Settle in to your room and get a good night’s sleep for the full day tomorrow.

Activity note: Travel by motor coach, stairs on & off the coach for lunch and at sites throughout the day.

Morning: This morning, before heading out, we will have an expert-led lecture based on the 1893 Columbian World Exposition, its impact on Chicago and the United States. We will board our motor coach for a city tour. Mark Twain wrote in 1883, “It is hopeless for the occasional visitor to try to keep up with Chicago. She outgrows his prophecies faster than he can make them.” Led by an expert, we will have a motorcoach exploration to learn about Chicago history, the immigrants and neighborhoods who gave it a rich culture and texture, and the movers and shakers whose influence made it a world-class city. We begin our journey north along Michigan Avenue to Lake Shore Drive and up to Wrigley Field, home of the Chicago Cubs. As time and traffic allow, we will stop at various locations along the way.

Afternoon: Continuing our motorcoach introduction to the city, we ride through Chinatown and down past U.S. Cellular Field (formerly Comiskey Park), home of the Chicago White Sox, to the Hyde Park neighborhood, home of the University of Chicago and longtime personal residence of President Obama. We continue to Planetarium Point and conclude in the city’s “front yard” -- Grant Park -- at the fabulous Buckingham Fountain inspired by Versailles. We will end our day with a visit to the Chicago Cultural Center and a short walk back to the hotel.

Dinner: We will have dinner tonight at a local restaurant.

Evening: At leisure. Take this opportunity for personal independent exploration to see and do what interests you most. Please refer to the list of Free Time Opportunities in the Information Packet. The Group Leader will be happy to offer suggestions, give directions, and will also lead an informal excursion or activity you are welcome to join at your cost (if any).

Activity note: Traveling through downtown on a motor coach, with optional opportunities to get off the bus to view public art.

Morning: This morning we will meet with our local expert to learn about the rich culture of architecture in the city in the comfort of our hotel. After a brief intermission to refresh ourselves, we will board our motor coach to learn about and experience for ourselves the amazing collection of public art in the loop, our downtown area bordered by the elevated train that circles the area.

Lunch: Lunch this afternoon is on your own. You may choose to have lunch on your own at one of the many restaurants in the area. Your group leaders will be happy to help with suggestions and give directions.

Afternoon: At Leisure. There are many wonderful places to explore in the City of Chicago and many opportunities to enjoy musical performances, theater, dance and sports events. Your group leader will be happy to offer suggestions and help you to make arrangements . You may also join the group leader on an excursion at your own cost if you like. Our group leaders enjoy sharing their favorite activities with you!

Dinner: This meal has been excluded from the program cost and is on your own to enjoy the foods of your choice. The Group Leader will be happy to offer suggestions and give directions. You may also join the Group Leader for dinner at your own cost if you like. Please see attachment to preparatory materials for a full list of area restaurants.

Evening: At leisure. Take this opportunity for personal independent exploration to see and do what interests you most. Please refer to the list of Free Time Opportunities in the Information Packet. The Group Leader will be happy to offer suggestions, give directions, and will also lead an informal excursion or activity you are welcome to join at your cost (if any).

Activity note: Transfer by motor coach for distances less than 2 miles, walking 2 blocks to/from the boat & walking and standing a minimum of 1 hour in the museum.

Morning: This morning we will enjoy an architectural boat cruise on the Chicago River. None other than Frank Lloyd Wright said, “It [modern architecture] all started here…" Our study cruise this afternoon presents more of Chicago’s extraordinary architecture and related social history. By necessity due to geographical limitations, Chicago’s business leaders had to look upwards to expand after the devastating Great Chicago Fire of 1871. Within less than a decade, new building techniques pushed the city’s skyline ever higher. Some of the world’s greatest architects, supported by visionary business leaders, built not just higher but sleeker and more sophisticated. And it was not only skyscrapers that forged a unique identity. Debris from the great fire created the base of Grant Park. The Merchandise Mart -- once the epicenter of high design and luxury goods, owned for half a century by the Kennedy family -- is the world’s largest commercial building. Chicago also has more moveable bridges than any city in the world including an engineering wonder, the Michigan Avenue Bridge, one of the city’s foremost thoroughfares. Learn about all this and much more during this cruise with expert commentary. We will depart the dock for lunch at the Chicago History Museum.

Lunch: You will have the opportunity to enjoy lunch at the Chicago History Museum in a private room.

Afternoon: After lunch we will enjoyable an expert-led field trip of the Chicago History Museum. This institution houses 22 million historical artifacts and documents from Chicago and U.S. history, with an emphasis on five main areas: Living, Working and Governing in the Metropolitan Area, the Built Environment, and Individuals and Ideas. Gain a better understanding of Chicago’s past, its present, and prospects for the future.

Dinner: At a local restaurant within a short drive of the hotel.

Activity note: Transfer by motor coach, stairs on and off the coach, walking and standing a minimum of 1 hour at the Art Institute.

Morning: This morning, at the hotel, we are joined by Professor Zbigniew Banas to learn about the History of Chicago Politics, past and present, whose influence has made the city what it is today. Professor Banas will also discuss the notorious, flamboyant political history of “the windy city” (so called, legend says, for loud, long-winded politicians and the many conventions hosted here). After the lecture, we will transfer by motor coach as we head to the Federal Reserve Bank of Chicago, one of 12 regional banks throughout the country. We will be joined by a topic expert for a lecture explaining the role of the Federal Reserve Bank and we will have an opportunity for independent exploration of the Money Museum at the Federal Reserve. .

Lunch: At a restaurant within a short drive of the Federal Reserve.

Afternoon: After lunch, we will have an expert-led exploration of the world-famous Art Institute of Chicago where you will hone your knowledge of and appreciation for art. Highlights of the permanent collection -- comprising more than 300,000 works in different media -- include “American Gothic,” the famed Chagall Windows and the Thorne Miniature Rooms. Led by art educator Joe Cunniff, we will have an introduction to key galleries, followed by free time to explore in greater depth on your own.

Dinner: Enjoy a tasty farewell dinner at a neighborhood restaurant.

Morning: We hope you enjoy Road Scholar learning adventures and look forward to having you on rewarding programs in the future. Please be in touch via the Road Scholar Social Network, where you can share memories, pictures, and comments. Best wishes for all your journeys!