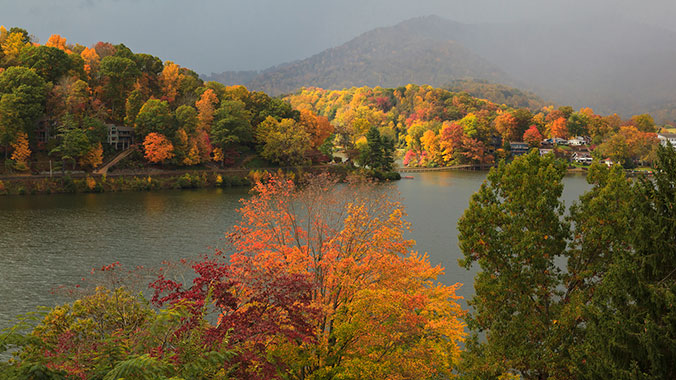 The Women of Appalachia: Traditions, Stories and Song 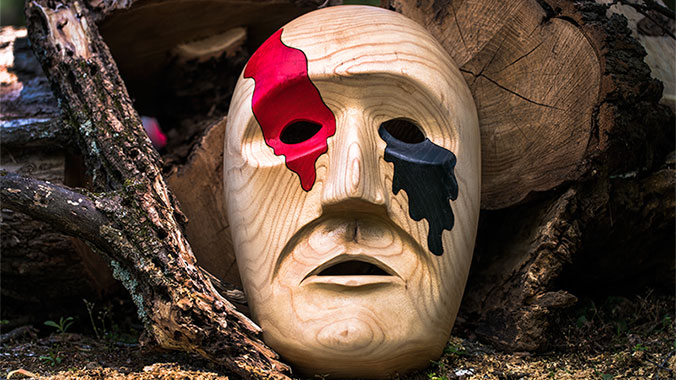 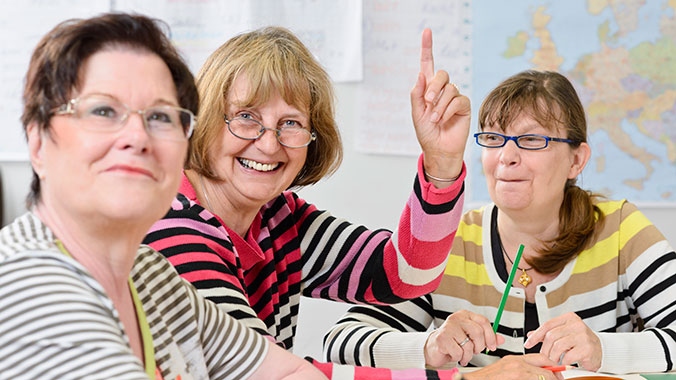 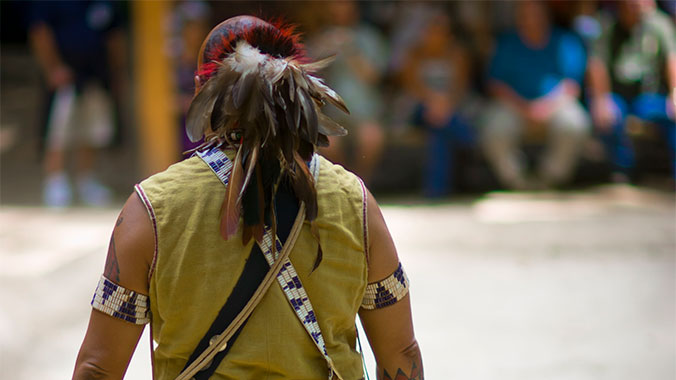 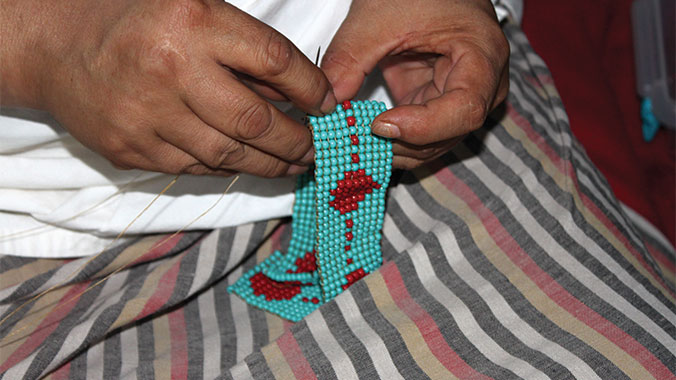 Wishlist Share Start
Bask in the mountains of western North Carolina and learn about the history of women in Appalachia, from the Cherokee to the early Scottish settlers.
Rating (4)
Activity Level

Delve into the fascinating lives and history of women who made their mark on the culture of Appalachia as you explore three enriching topics in the shadow of the Blue Ridge Mountains. With experts, explore the culture of the Cherokee and learn about their matriarchal and matrilineal customs. Consider the legacies of Appalachian women in history and learn about the influence of early Scottish settlers. Enjoy performances with storytellers and musicians, and venture to Franklin, where adventures take you to historic museums and significant Cherokee sites.
Activity Level
Easy Going
Minimal walking and standing on this program.

The Retreat Difference: This unique, often basic and no-frills experience at a Road Scholar Retreat includes opportunities for early morning exercise, interaction with the local community for insight into local life, an authentic farm-to-table or locally sourced meal, a live performance or event, and a value-priced single room.
Featured Expert
All Experts

Lee Knight
Raised in the Adirondack Mountains of upstate New York, Lee is a folk singer, story teller and outdoor leader, performing at concerts, workshops, festivals and schools. He shares his knowledge of the natural world leading hikes, canoe trips and guiding whitewater rafts. Lee has collected and shares Cherokee legends and plays the Cherokee flute and rattle, as well as the Native American drum. He also plays the five-string banjo, guitars and the Appalachian dulcimer.

Activity note: Hotel check-in from 4:00-5:00 p.m. at the Bethea Welcome Center, which is on your left as you enter the conference center at the main entrance on N. Lakeshore Drive. If arriving after 5:00 p.m., you will need to check in at the hotel front desk.

Afternoon: Program Registration. After you have your room assignment, join us at the Road Scholar table in the hotel lobby to register with the program staff and get your welcome packet containing the up-to-date schedule that reflects any changes, other important information, and to confirm the time and location of the Orientation session. If you arrive late, please ask for your packet when you check in. Remember to bring your name tag (sent previously).

Dinner: In the hotel dining room, the dinner buffet offers choices of two meat entrees, two vegetables, a starch option, salad bar and varied desserts, including sugar-free and gluten-free options, plus beverage choices of coffee, iced and hot tea, water, and lemonade. Soft drinks may be purchased in the marketplace in the hotel lobby. Enjoy panoramic views of the mountains of western North Carolina.

Evening: Orientation: 6:45 p.m. The Group Leader will greet everyone and lead introductions. We will review the up-to-date program schedule, discuss roles and responsibilities, logistics, safety guidelines, emergency procedures, and answer questions. Then we'll gather for a group social to get to know one another better. This is a Road Scholar Retreats program. Our programming at Retreat locations includes opportunities for light morning exercise, interaction with members of the local community, a farm-to-table or locally sourced meal, and evening entertainment. All lectures will be led by local experts in our meeting room at the hotel. Periods in the schedule designated as “Free time” and “At leisure” offer opportunities to do what you like and make your experience even more meaningful and memorable according to your personal preferences. The Group Leader will be happy to offer suggestions. Program activities, schedules, personnel, and indicated distances or times may change due to local circumstances/conditions. In the event of changes, we will alert you as quickly as possible. Thank you for your understanding.

Breakfast: In the hotel dining room, we will have a plentiful buffet featuring a variety of items including scrambled eggs, a meat and a starch option, and seasonal fresh fruit, plus coffee, tea, and water. Soft drinks may be purchased in the marketplace in the hotel lobby.

Morning: Our first session each day will explore the Celtic heritage, life and culture of the Scots-Irish women of Ulster who were the predominant white settlers of the Appalachians. Today we will hear songs which illustrate the fear, lament, sacrifice and heartbreak of wives, mothers and sweethearts whose loved ones have gone off to battle. Led by a local expert who is well at home in the Appalachian mountains and knowledgeable in Cherokee history and music, our second lecture will provide an overview of history and culture of the Cherokee, the largest of the Native American tribes recognized by the federal government.

Lunch: In the hotel dining room, we will have a buffet featuring soups, salads, a selection of entrees, and desserts, plus coffee, hot tea, iced tea, lemonade, and water. Soft drinks may be purchased in the marketplace in the hotel lobby.

Afternoon: The afternoon sessions this week will discuss Appalachian settlers and their descendants. We will focus on the lives, roles, families, and achievements of the women of these mountains. After our lecture, we'll have some free time to explore the grounds or just relax.

Evening: We will enjoy a live performance by a local entertainer.

Morning: Throughout the week, our morning classes will continue to focus on the lives of Appalachian women including the joys of love, marriage, and bairns. This morning, through songs and stories of courtship, unrequited love, marital relations and lullabies, we’ll take a look at family life in Ulster in the 17th century. Our second lecture today will focus on Cherokee women in daily life and in Cherokee stories and lore.

Afternoon: Our afternoon sessions will include music, cooking, storytelling, and more aspects of traditional Appalachian life and the role of women. Today we'll talk about the history of ballads and the importance of Cecil Sharp, who recorded thousands of ballads, and Jane Hicks Gentry, a famous Appalachian folkorist and singer born in Watauga County, North Carolina.

Evening: We will have a weaving demonstration and discussion of tartans in preparation for our field trip tomorrow.

Morning: We’ll board our transportation and head out on a field trip to historic Franklin, NC to explore the Scottish Tartans Museum. Our local experts will instruct en route. At the museum, we will learn about the origins and development of tartans with a focus on the development of the kilt. The museum also explores other aspects of Scottish immigrants who settled in North Carolina and their interactions with the Cherokee.

Afternoon: After lunch, we will board our transportation for the drive to Kituwah, the “mother town” widely recognized as the first Cherokee village, settled about 10,000 years ago. Here we will visit Kituwah Mound, the center of the village, and learn about this very sacred site. We’ll then drive a short distance to the Museum of the Cherokee Indian, located in Cherokee, NC, to view exhibits of Cherokee artifacts and heritage. Then we’ll journey into the Great Smoky Mountains National Park to the Oconaluftee Visitor Center and the Mountain Farm Museum, a collection of original buildings preserved when the Park was created, to learn about the lives of early Appalachian women and see the style of homes they lived in.

Dinner: On our return trip to Lake Junaluska, we will stop at a local restaurant for a delightful farm-to-table meal.

Evening: At Leisure. Feel free to enjoy the gardens, the Rose Walk, the labyrinth, walk around the Lake, or just relax in a rocking chair on the hotel porch.

Morning: Our first presentation will focus on the strength, endurance and spirit of Celtic women as we sing and enjoy songs of neverending chores and housework. Next, we'll hear about the role of Cherokee women in today's society. The Cherokees are an adaptable people known for the rapid transition from their traditional gender-based customs and practices to an approximation of European lifestyle. This cultural transformation has had a profound effect on the entire tribe, but especially on Cherokee women.

Evening: Tonight, we will have a live performance highlighting the songs and stories of early inhabitants of western North Carolina.

Morning: Our final class on the women of Ulster will enchant us with tales of selkies, silkies, and little people, the magical and mystical songs and stories of the Celtic tradition. We'll also hear about the crafts of Appalachian women, local craft schools, and Olive Dame Campbell, who not only collected ballads but also founded the John C. Campbell Folk School which worked to improve the local quality of life through education. This concludes our program. If you are returning home, safe travels. If you are staying on independently, have a wonderful time. If you are transferring to another Road Scholar program, detailed instructions are included in your Information Packet for that program. We hope you enjoy Road Scholar learning adventures and look forward to having you on rewarding programs in the future. Don’t forget to join our Facebook page and follow us on Instagram. Best wishes for all your journeys!

Meals
14 Meals
5 Breakfasts
4 Lunches
5 Dinners
The following choices may be available when requested in advance: Low Fat, Gluten Free, Low Salt, Vegetarian
Lodging
Lodgings may differ by date. Select a date to see the lodgings specific to that date.
Jul 19, 2020 - Jul 24, 2020
Lambuth Inn
5 nights
Lake Junaluska
The Lambuth Inn is listed on the National Register of Historic Places. The polished 1920s hotel blends modern comfort with historic charm. Nestled in a valley in the Blue Ridge Mountains, it overlooks scenic Lake Junaluska. It offers dozens of rocking chairs for relaxing on covered porches and verandas, as well as a 2.5-mile paved exercise trail that includes a walking bridge around the 250-acre lake. This is an alcohol- and smoke-free lodge at a Christian conference center. Linens changed once per week; fresh towels available upon request.
TripAdvisor Reviews
See All Lodging Options
1 Reviews
Sort by
Most Recent
4 Average

I enjoyed my first time experience with Road Scholar. I plan on looking in to more opportunities.

Continue
Choose Your Airfare
The prices shown here are for airfare only. When you select your airfare, your total price will be updated on the Dates & Prices page.
Choose an airport
Jul 19 -
Jul 24, 2020