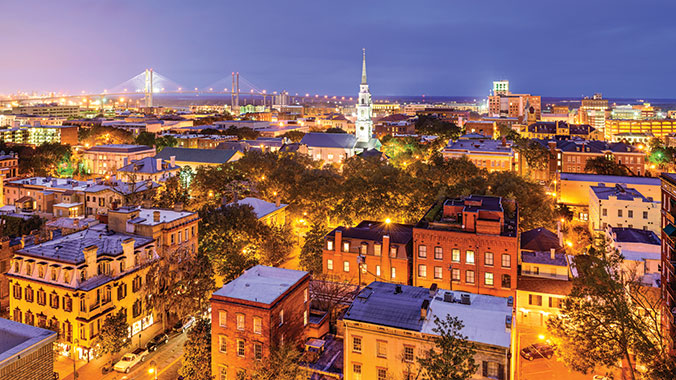 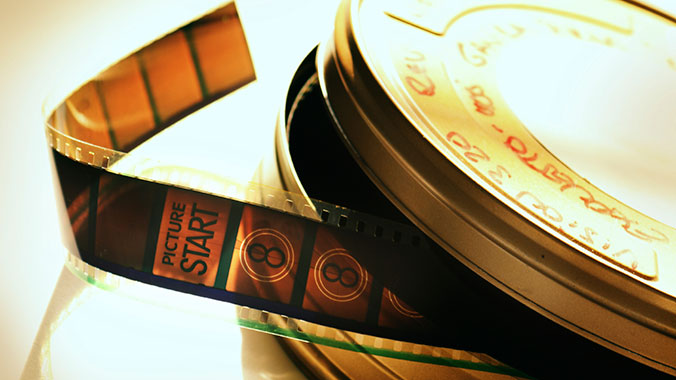 Every year, amidst antebellum architecture and cobblestoned squares, Savannah, Georgia transforms into a bustling mecca for film buffs. The annual Savannah Film Festival showcases award-winning professionals and groundbreaking independent films from seasoned veterans and budding directors alike. Get insider access to their creative works with admittance to screenings, panel discussions and engaging lectures that show you firsthand what goes into the making of a film. Enjoy a total of ten films, with a feature film each night and opportunities to choose the films you want to see most during the day. Notable 2016 selections included Oscar nominated films "La La Land," "Manchester by the Sea," "Lion," and "Moonlight."
Activity Level
On Your Feet
Savannah is a walking city. Walking up to 2 miles daily to venues and events, some uneven sidewalk terrain.

Lyn Warr, Group Leader
Lyn Warr is a South Georgia native who currently resides on St. Simons Island. She served as an educator for 28 years, is a seasoned domestic and international traveler and enjoys sailing, biking, reading and cooking. In addition to leading groups for Road Scholar, Lyn has served as a docent at the St. Simons Island Lighthouse and Maritime Museum at the Historic Coast Guard Station.

Activity note: We will walk to dinner at a nearby restaurant that is approximately a .4 mile walk.

Afternoon: Note: Your program includes a Bronze Pass which means you will have access to all screenings and panel discussions. Passes will be given out at orientation. Program Registration: 5:00 p.m. After you have your room assignment, come to the Road Scholar conference room. Look for the display board or check with front desk when you receive your key and they will point you in the right direction. Register with the program staff and get your welcome packet containing your up-to-date schedule that reflects any last-minute changes, and other important information. If your arrival is delayed, please ask for your packet when you check in. Orientation: The Group Leader will greet everyone with a warm welcome and lead introductions. We will review the up-to-date program schedule and any changes, discuss roles and responsibilities, logistics, safety guidelines, emergency procedures, and answer any questions you may have. We expect the name of the films to be released the week before the festival begins. Our program schedule has been designed for flexibility to see additional films independently. Free time is reserved for your personal independent exploration. Please be aware that program activities, schedules, and personnel may need to change due to local circumstances. In the event of changes, we will alert you as quickly as possible. Thank you for your understanding.

Dinner: A plated dinner will be at a popular restaurant near the hotel. All meals include coffee, tea, water; other beverages available for purchase.

Activity note: Getting on/off a trolley. Savannah's historic district is made for walking. Plan on walking 6-8 blocks per day. Some theater's are within a block or two blocks of your hotel. Others are 5 - 6 blocks. Restaurants surround the hotel or can be within a 4-5 block area. Standing in long lines despite our Bronze Pass can be up to 45 min. We recommend bringing a collapsible cane chair if you have trouble standing for long periods of time.

Breakfast: Start the day off with a breakfast that features heat and serve items, assorted breads, pastries, fruits, coffee, milk and juices.

Morning: Start the trip with the History of Savannah by trolley to see the historic district and to get a feel for where the theaters are located. You are here because of the Savannah Film Festival, but your experience would not be complete without a scenic introduction to the charming city of Savannah.

Lunch: Dine in Savannah’s only 18th Century Mansion. The Olde Pink House is one of Savannah’s most popular restaurants, offering new southern cuisine in a sophisticated, yet casual setting.

Afternoon: Our first Savannah Film Festival session… Our program was planned far in advance when details were not available. The information will be posted on our website when released in October and included in preparatory materials sent following enrollment. The festival, presented by Savannah College of Art and Design, is host to a wide variety of competition film screenings, special screenings, workshops, panels, and lectures. Films showcase the cinematic creativity of both award-winning professionals and emerging student filmmakers.

Evening: We will regroup and attend one of the evening screenings that is sure to be a memorable highlight of the experience. The Savannah Film Festival website gives a good idea of the range and variety of performances and events: www.filmfest.scad.edu/ Evening film viewing begins at 7:00 pm.

Morning: Morning panel discussions will be announced as the information becomes available. Some discussions will include a presentation on “Script to Screen” as we follow the journey of a script in becoming a film.

Lunch: At a popular restaurant in the Historic District.

Afternoon: Free time. We will provide vouchers for entry to two of the magnificent homes in the Historic District that you may use any time during the week. .

Dinner: On your own to enjoy what you like. There are many options for delicious dining out, though if you have something special in mind, we advise making reservations in advance because the city is so crowded during the festival.

Evening: A listing of films will be made available as soon as the schedule comes out in October. An evening performance will be revealed as soon as it is made available. Evening films start at 7:00 pm.

Morning: Film Screening. We have endeavored to highlight a variety of genres and styles of films. As soon as the festival schedule is announced in October, we will update the website and include details in preparatory materials sent following enrollment.

Lunch: On your own to enjoy what you like. Join new Road Scholar friends to try one of the city’s many eateries.

Dinner: On your own to enjoy more of the local cuisine.

Afternoon: Panel discussions or film viewing will be announced as soon as the schedule is released.

Dinner: At a specially selected restaurant in the Historic District.

Morning: Indulge in musical nostalgia with a singer of old songs whose repertoire includes folk songs of America and the British Isles, patriotic airs, and “songs written to order” by Tin Pan Alley composers. This artist earned a B.A. in music from the College of William and Mary, studied voice for five years, and has researched the roots of popular song classics and the development of the music industry. He accompanies his singing with guitar, banjo, ukulele, fife, hammered dulcimer, and concertina. This concludes our program. If you are transferring to another Road Scholar program, detailed instructions are included in your Information Packet for that program. We hope you enjoy Road Scholar learning adventures and look forward to having you on rewarding programs in the future. Don’t forget to join our Facebook page and follow us on Instagram. Best wishes for all your journeys!

Meals
11 Meals
5 Breakfasts
3 Lunches
3 Dinners
The following choices may be available when requested in advance: Vegetarian, Gluten Free
Lodging
Lodgings may differ by date. Select a date to see the lodgings specific to that date.
Oct 25, 2020 - Oct 30, 2020
Holiday Inn Express Savannah-Historic District
5 nights
Savannah
Stay in the heart of the historic district and soak up the splendor that is Savannah. Next time your travels take you to Savannah, choose the brand new Holiday Inn Express Historic District. This contemporary Southern style property is located right on Bay St. and is surrounded by dozens of boutiques, restaurants, River Street and Savannah’s famed squares. It features a graceful lobby, full service fireside lobby bar, a rooftop pool and gazebo and guest rooms equipped with flat screen TVs. Rates include deluxe Continental breakfast and high speed Internet access.
TripAdvisor Reviews
See All Lodging Options
4 Reviews
Sort by
Most Recent
5 Average

As always, program met my expectations and seemingly a great time was had by all.

Excellent well organized film festival in a superb historic location. Chance to preview films and hear from actors and directors, all organized by SCAD, one of the very best colleges of art & design in the US.

I did this program two years ago and then again this year. I’ll be back next year too. New film and new experiences every year. Love Savannah.

Continue
Choose Your Airfare
The prices shown here are for airfare only. When you select your airfare, your total price will be updated on the Dates & Prices page.
Choose an airport
Oct 25 -
Oct 30, 2020