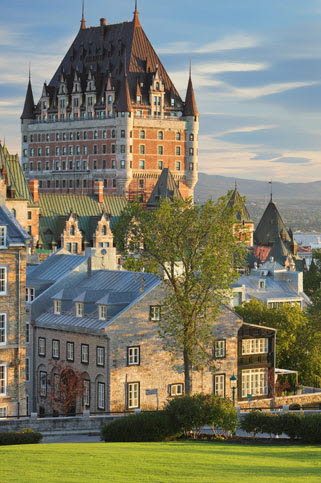 Discover the unique culture of French Canada in Québec! Learning about local language and cuisine as you stroll the cobblestone streets of Montréal and Québec City with local experts, and go beyond the cities to Charlevoix and the Saint Lawrence River for whale watching and more!

As one of the most beautiful cities in North America, Québec City has a lot to offer. Québec City tours are a great way to marvel at European-style architecture and learn about the rich culture that draws heavy influence from France.

At Road Scholar, our Québec, Canada tours will bring you along the cobblestone streets to allow you to discover local cuisine and learn the local language the city is most known for. You’ll also have the opportunity to explore Montréal and quaint towns like Charlevoix and small villages along the Saint Lawrence River.

Trips to Québec and Montreal

Located under three hours from one another, Québec City and Montréal are two of Canada’s most populated and well-known cities. At Road Scholar, you’ll have the opportunity to take tours to Québec and Montréal to learn about local cultures and explore Canada.

If you’re taking a trip to Québec and Montréal, here are some Canada travel tips and information to know:

These are just some of the travel tips you should know when taking a trip to Québec and Montréal. At Road Scholar, our local expert guides will follow a unique itinerary to immerse you in Canadian culture to give you a better sense of the people, cuisine, and landscapes of this area.

If you’re looking for one-of-a-kind Québec tours, you’re in the right place. Road Scholar offers an expansive collection of Québec City tours that will teach you about French Canadian culture and allow you to interact with locals, try local cuisine, and visit historical landmarks.

In addition to our tours to Québec and Montréal, you can find other trips to Canada, such as Alberta, Canada tours or whale watching tours on riverboats, that are perfect for the whole family or solo travelers alike. Contact Road Scholar today to book your next adventure.