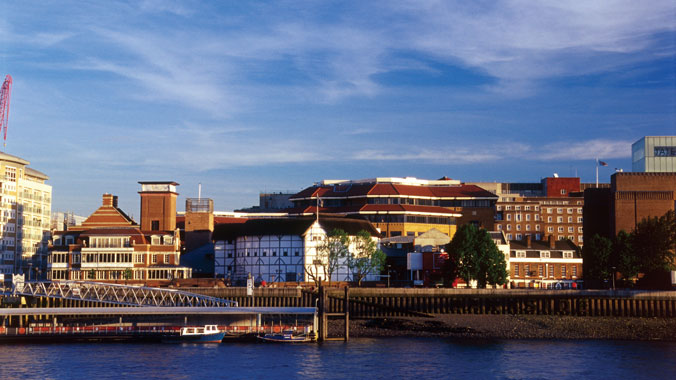 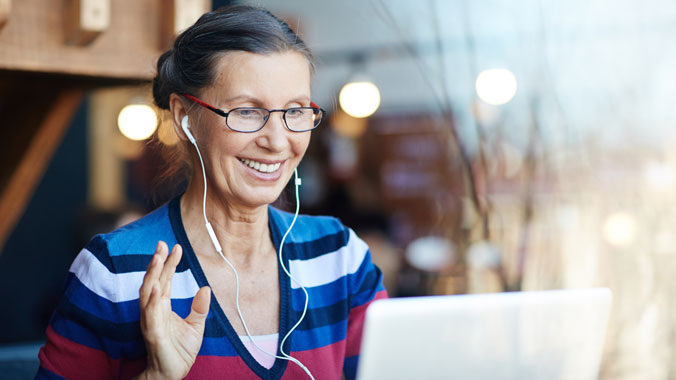 Wishlist Share Start
Immerse yourself in the history and practice of theater with expert Giles Ramsay during a week-long virtual course that brings London’s vibrant theater scene right into your home.
new
Activity Level

Ready for learning to make a triumphant return to center stage? You can enjoy international productions, attend stimulating seminars and participate in thought-provoking discussions about the arts with leading experts and fellow theater buffs — all from the comfort of your home! Immerse yourself in the history and practice of London’s vibrant theater during a week-long virtual course with us. You’ll gain access to recordings of three live productions, discuss the arts with a leading theater critic and enjoy some much-needed virtual camaraderie along the way.
Activity Level
Easy Going
Your online program will be between 11:00 a.m. and 12:30 or 1:00 p.m. (ET) each day.

This live online experience is through Zoom, an easy-to-use web video service. All you need is an Internet connection and your computer. We’ll provide a how-to session to make sure you’ll have a hassle-free experience.
Featured Expert
All Experts

Giles Ramsay
Giles Ramsay is an independent theater director and producer who specializes in creating new work with artists in developing countries. He is the founding director of the charity Developing Artists, a fellow of St. Chad’s College, Durham University and course leader in theater at The Victoria and Albert Museum in London. He has devised and instructed on Road Scholar programs since the early 1990's and has run theater projects in countries ranging from Kosovo to Zimbabwe.

Print All
Map details are not available for this location.
View Map
Expand All
6 days
5 nights
0 meals
0 B 0 L 0 D
DAY
1
Welcome & Introductions
From the comfort of your own home

Morning: 11:00 a.m. to 1:00 p.m. ET - Our Group Leader, Kevin Durjun, will host a welcome meeting and explain all aspects regarding access to the plays and technical support online. Our Study Leader, Giles Ramsay, will give a lecture introducing us to the plays we are going to see and sharing some insights regarding particular aspects of theater to look out for in order to get the most out of the week. After the lecture, we’ll get to know each other over a “virtual” Afternoon Tea – a great British tradition. Giles, a noted independent theater producer, director, and lecturer, is a Road Scholar stalwart and a favorite of our participants. Kevin has previously managed two of London’s leading off-West End theaters.

DAY
2
London Theater Roots, Performance
From the comfort of your own home

Morning: 11:00 a.m. to 1:00 p.m. ET – Today’s lecture with Giles Ramsay will address the roots of London theater in the 16th Century, looking at Shakespeare and the birth of modern show-business. Poet, playwright and theater entrepreneur William Shakespeare became one of the wealthiest theatre entrepreneurs of the Elizabethan age. A shrewd businessman, his career coincided with the emergence of the English playhouses and the beginnings of theater as a commercially viable form of popular entertainment. This will be followed by an interactive Q&A.

Afternoon: Individual viewing of Private Lives by Noel Coward with Anna Chancellor and Toby Stephens from The Gielgud Theatre, London.

DAY
3
Discussion, State of the Nation Conversation, Performance
From the comfort of your own home

Morning: 11:00 a.m. to 1:00 p.m. ET – Kevin Durjun and Giles Ramsay will lead a group discussion about Private Lives. After our discussion, Giles Ramsay will be joined by leading political journalist Steve Richards for a conversation about the State of the Nation. Steve is a British TV presenter and political columnist, who has written columns for the Guardian, Independent, New Statesman and Spectator. He regularly presents BBC Radio 4's Week in Westminster and also hosts a one-man show, Rock N Roll Politics. This will be followed by an interactive Q&A.

Afternoon: Individual viewing of Being Shakespeare with Simon Callow from The Trafalgar Studios, London.

Morning: 11:00 a.m. to 1:00 p.m. ET - Today’s lecture with Giles Ramsay will address developments in the 20th Century, focusing on pre- and post-war British theater. Giles will examine the extraordinary divide that emerged between the drawing-room dramas of Noel Coward and Terrence Rattigan in London's West End and the work of Lillian Bayliss, south of the river, at The Old Vic. After the Second World War a revolution took place in the arts and new voices began to be heard, such as John Osborne and Harold Pinter. This will be followed by an interactive Q&A.

DAY
5
Discussion, Simon Callow in Conversation, Performance
From the comfort of your own home

Morning: 11:00 a.m. to 1:00 p.m. ET – Kevin Durjun and Giles Ramsay will lead a group discussion about Being Shakespeare. The discussion will be followed by Giles Ramsay in conversation with Simon Callow, star of the play, and we’ll conclude our session with an interactive Q&A.

Afternoon: Individual viewing of Billy the Kid by Michael Morpurgo (author of War Horse) at The Unicorn Theatre, London.

DAY
6
Discussion, London Theater Conversation, Program Concludes
From the comfort of your own home

Morning: 11:00 a.m. to 1:00 p.m. ET – Kevin Durjun and Giles Ramsay will lead a group discussion about Billy the Kid. After the discussion, we’ll hear Giles Ramsay in conversation with Matt Wolf, London theater critic of The International New York Times (formerly The International Herald Tribune) and London correspondent for Broadway.com. Our focus will be the plays we have seen and the future of London theater. This will be followed by an interactive Q&A. Everyone is then invited to enjoy a favorite libation as we say our farewells.

Meals
0 Meals
0 Breakfasts
0 Lunches
0 Dinners
The following choices may be available when requested in advance:
Lodging
Lodgings may differ by date. Select a date to see the lodgings specific to that date.
Aug 16, 2020 - Aug 21, 2020
See All Lodging Options

Continue
Choose Your Airfare
The prices shown here are for airfare only. When you select your airfare, your total price will be updated on the Dates & Prices page.
Choose an airport
Aug 16 -
Aug 21, 2020