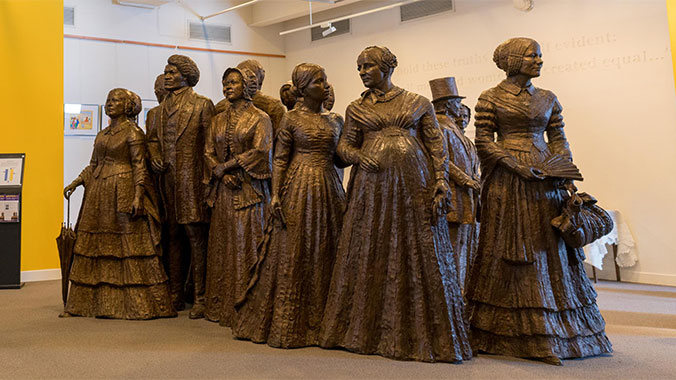 Women’s Suffrage: Fighting for the Vote in New York State 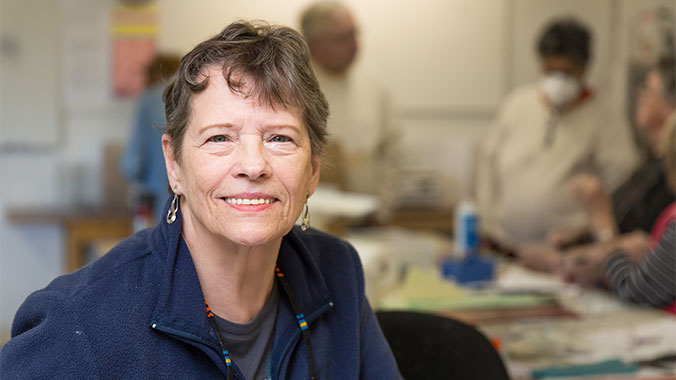 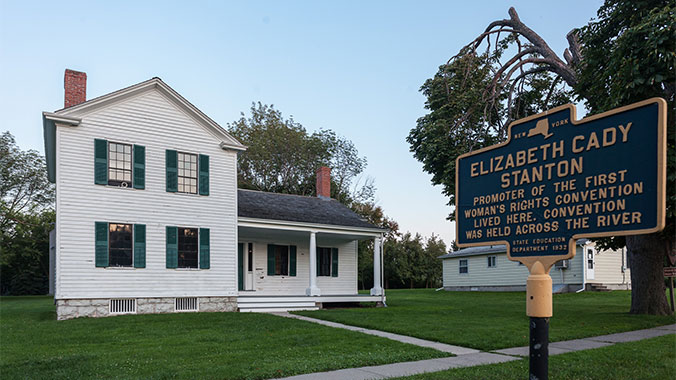 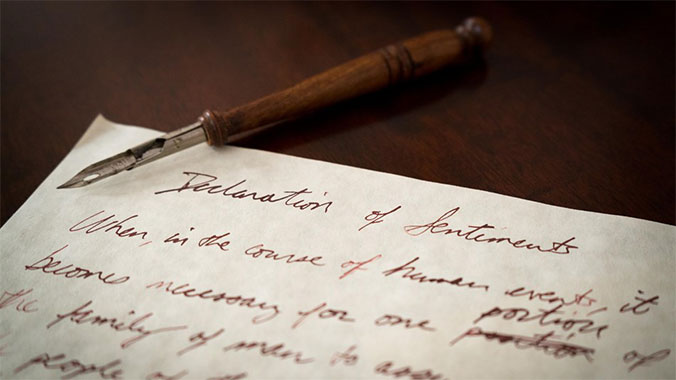 Wishlist Share Start
Journey to the homeland of the American Women’s Suffrage Movement to learn about some of the most influential Suffragists and visit important landmarks of the fight for equal rights.
Rating (5)
Activity Level

The 19th Amendment passed in the United States Senate in 1919 and was ratified in 1920 — just 100 years ago. This monumental victory did not come without a lot of hard work, strength and determination of countless women across the country. Celebrate the centennial of women’s suffrage in the United States as you take a trip to the homeland of the movement — Seneca Falls, New York — and pay homage to some of the most important figures in the fight for equal rights. During lectures with local experts, find out how New York became the focal point, and examine the complex intersection of race and Women’s Suffrage. Plus, visit the Women’s Rights Historical Park and other spots important to the fight for equal rights.
Activity Level
On Your Feet
Standing and walking at museums and historic sites.

Rachel DeGuzman
Rachel Deguzman is President & CEO of 21st Century Arts in Rochester, New York. She is the founder and executive producer of Diversity in the Arts; Entrepreneurship in the Arts; as well as founder of A Street Light Festival. Rachel was the recipient of a Field’s Leadership Fund Arts Manager Fellowship and serves as executive director of Kyoung’s Pacific Beat, a theater company based in Brooklyn, New York. She is the host of a weekly radio show, Up Close and Cultural, on WAYO 104.3 FM.

Afternoon: After you have your room assignment, join us at the Road Scholar table to register with the program staff and get your welcome packet containing the up-to-date schedule that reflects any last-minute changes, other important information, and to confirm the time and location of the Orientation session. If you arrive late, please ask for your packet when you check in. Orientation. The Group Leader will greet everyone and lead introductions. We will review the up-to-date program schedule, discuss roles and responsibilities, logistics, safety guidelines, emergency procedures, and answer questions. Travel will be by motorcoach unless noted otherwise. Periods in the daily schedule designated as “Free time” and “At leisure” offer opportunities to do what you like and make your experience even more meaningful, rewarding, and memorable according to your personal preferences. The Group Leader will be happy to offer suggestions. Program activities, schedules, personnel, and indicated distances or times may change due to local circumstances/conditions. In the event of changes, we will alert you as quickly as possible. Thank you for your understanding.

Dinner: At the hotel, we will have a plated and served meal with coffee, tea, water included.

Activity note: Getting on/off motorcoach. Walking over a mile at Mount Hope Cemetery. This cemetery is not handicapped accessible and includes walking along gravel paths, hills, & uneven ground.

Breakfast: At the hotel, we’ll choose what we like from the breakfast buffet with coffee, tea, water included.

Morning: Our first lecture will be an introduction to the women’s suffrage movement in the U.S. We’ll learn how and why New York became the focal point for the advancement of women’s rights. After a break, we’ll explore how Seneca women served as role models to American Suffragists in their fight for equal rights.

Afternoon: The day continues with a visit to Mt. Hope Cemetery. Founded in 1838, it is one of the country’s oldest municipal rural cemeteries, and also the final resting place of Susan B. Anthony. With an expert, we’ll walk in her footsteps that led to our 19th amendment, and meet many other trailblazing women along the way. We’ll then return to the hotel.

Evening: We’ll wind down for the evening with a film on women’s suffrage during the late 1800s and early 1900s, followed by a group discussion on the representation and portrayal of women’s suffrage in media.

Evening: At the hotel, we will meet a leader of the suffrage movement through a historical reenactment after dinner.

Morning: For today’s lecture, we will examine the complex intersectionality of race and women’s suffrage, learn more about the women of color who joined the fight, and parallels between gender and racial inequality. After our lecture, we will head out on a walking tour of our neighborhood. The High Falls. The High Falls feature three different waterfalls that run through the city of Rochester. With a local expert, we will explore Brown's Race. Listed on the National Register of Historic Places, this area is home to some of the 19th century manufacturing factories that helped put Rochester on the map.

Afternoon: Free Time. Take this opportunity for personal independent exploration to see and do what interests you most. Please refer to the list of Free Time Opportunities. The Group Leader will be happy to offer suggestions.

Activity note: Walking up to 2 miles. Climbing flights of stairs in historical homes. Getting on/off motorcoach with roughly one hour drive time to Seneca Falls, NY.

Morning: We’ll begin the day with a field trip to the Harriet Tubman Home. In 1859, ten years after escaping to freedom, Harriet Tubman purchased this parcel of land where she would continue her dedication to service and equality. We’ll learn more about Harriet’s contributions to the suffrage movement with an expert-led trip. Next we will take a visit to the Women’s Rights National Historical Park with a local expert. Here, we will explore the Elizabeth Cady Stanton House, known as the Center of the Rebellion, and home of the primary author of the Declaration of Sentiments. We will also see the Wesleyan Chapel, location of the first women’s rights conventions in 1848.

Evening: After returning to the hotel, the remainder of the evening is at leisure. Prepare for departures.

Meals
13 Meals
5 Breakfasts
4 Lunches
4 Dinners
The following choices may be available when requested in advance:
Lodging
Lodgings may differ by date. Select a date to see the lodgings specific to that date.
Aug 16, 2020 - Aug 21, 2020
Hilton Garden Inn Rochester Downtown
5 nights
Rochester
A beautifully renovated hotel located in the heart of downtown Rochester. Formerly a clothing store established in the 1920's, this historic building features a gorgeous lobby design to highlight their restoration including an indoor atrium. Just a few minute walk from downtown shops, the Hilton Garden Inn Rochester Downtown has an indoor heated pool and restaurant on site.
TripAdvisor Reviews
See All Lodging Options
2 Reviews
Sort by
Most Recent
5 Average

Excellent program. Good to be where the events happened.

Fabulous program! So exciting to be right there where the Women's Suffrage movement started and visit Susan B Anthony's house, Women's Hall of Fame and others.