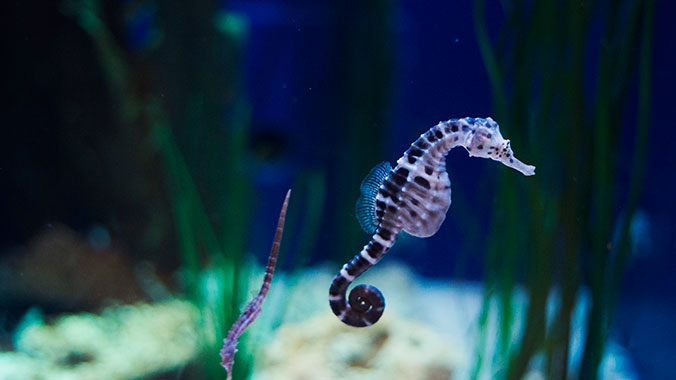 Become a Marine Scientist in South Texas With Your Grandchild 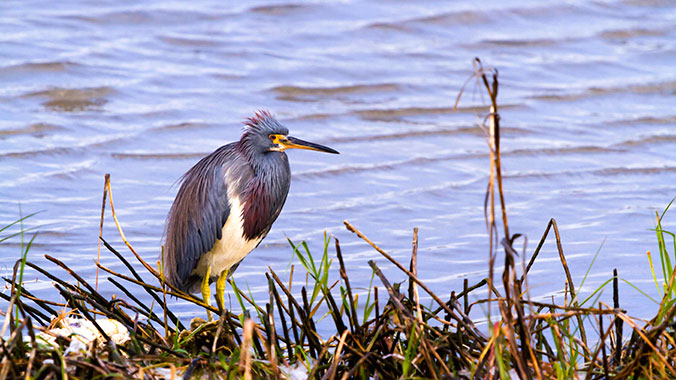 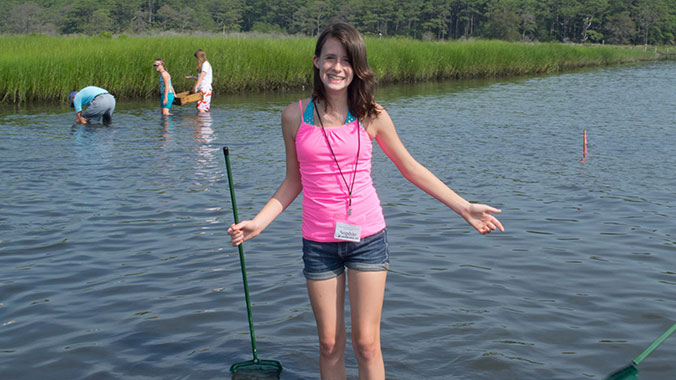 Wishlist Share Start
Get your feet wet with marine biology as you and your grandchild get hands on with marine biologists in the lab and in the ocean to learn about fish, dolphins, sea turtles and more!
Not yet reviewed
Activity Level

You’ve heard the old adage “it takes a village to raise a child,” but did you know it takes a research team to raise a fish? Go behind the scenes with researchers to learn about their work in conservation efforts and see how they raise fish from eggs. Dive into marine biology with your grandchild to gain a better understanding of protecting our oceans and marine life. Explore the sandy beaches of Padre Island National Seashore to collect specimens for examination in the lab. Plus, see a dolphin show at the aquarium, dissect marine organisms, go kayaking near bird rookeries and more!

Afternoon: Hotel Check in: Available from 4:00 p.m. Front desk staff will be able to tell you the name of the meeting room and give directions. Program Registration 4:30 p.m. In our meeting room, register with the Road Scholar staff and get your welcome packet containing up-to-date schedule and other important information session. If you arrive late, please ask for your packet at the front desk when you check in. Remember to bring your name-tag (sent previously). Orientation: The Group Leader will greet everyone and lead introductions in the meeting room at 4:30 pm. We will review the program theme, the up-to-date daily schedule and any changes, discuss safety guidelines, emergency procedures, roles and responsibilities, and answer any questions you may have. Periods in the schedule designated as "Free time" and "At leisure" offer opportunities to do what you like and make your experiences even more meaningful and memorable according to your personal preferences. The Group Leader will be happy to offer suggestions. Program activities, schedules, personnel, and indicated distances or times may change due to local circumstances/ changes. In the event of changes, we will alert you as quickly as possible. Thank you for your understanding.

Dinner: Take a short walk to a nearby restaurant for dinner. Menu choices available .

Evening: After dinner, back at the hotel keynote speaker, John Metz, Warning Coordination Meteorologist, National Weather Service will give a presentation on hurricanes.

Morning: We’ll start the day with a trip to the Texas Parks and Wildlife (TPW) Fisheries Hatchery to learn how they raise larval fish then release them into local bays. We’ll also learn how recreational fishing is managed to help maintain the balance among different species in the ecosystem. Fish dissection demo. We’ll also participate in the TPW Angler Certification Program, learn how to cast and tie useful fishing knots. Then, we’ll put it all together to do a little catch and release fishing in the research ponds.

Afternoon: The afternoon program starts with a 20 minute drive to the pristine Padre Island National Seashore where a Park Ranger will tell us about endangered Kemp's Ridley Sea Turtles and their attempts to assist with successful nesting habitat for these majestic creatures. Followed by beach actives on the shores of the Gulf of Mexico - who knows what we will find. Look for Ghost crabs and other marine critters along the shoreline. Be prepared to get in the water and have fun.

Evening: At leisure after dinner. Relax and socialize by the pool or stroll along the bay front. Your group leader will be glad to assist you with information on local attractions

Activity note: It's a day on the water. Bring a change of clothing and water shoes.

Morning: Depart on a 35 minute bus ride north to Rockport, located on Aransas Bay and meet local marine biologist. There, we will learn about the ecology of the bays and wildlife that live there as we paddle around Little Bay and see some nesting wading birds - look out for Roseate Spoonbills, Great Blue Herons and Great Egrets and much more.

Afternoon: After lunch we will take a short boat ride across the bay to a field station used by researchers. Capt. Jay will teach us about 'life in the marsh' as we explore mangroves, seagrass and oyster reef habitats and the marine animals that live there.

Evening: At leisure on your own. You might want to take a short walk to the Water Gardens along picturesque Shoreline Boulevard.

Activity note: Passenger van to Aquarium. We will divide into two groups. Climbing several stairs for a top view of one of the aquariums. Wear shoes with covered toes/heels.

Morning: Our day begins with a short ride to the Texas State Aquarium, where we’ll go behind the scenes with an Aquarium researcher to learn about the organization’s work with threatened and endangered species. See how they care for animals, how food is prepared for the wildlife staying there, and where newcomers are kept before they can be seen by the public. We’ll also see the miles of pipes and many pumps and filters that work together to keep the animals and plants healthy here. The rest of the day is free time to explore on your own. Those who would like to continue visiting the aquarium will receive a complimentary aquarium ticket for the afternoon to explore other exhibits and scheduled shows at your own pace. Travel back to the hotel by public bus transit or taxi cab at your convenience.

Lunch: This meal has been excluded from the program cost and is on your own to enjoy what you like. The Group Leader will be happy to offer suggestions and give directions.

Afternoon: Free Afternoon. Take this opportunity for personal independent exploration to see and do what interests you most. Please refer to the list of Free Time Opportunities. The Group Leader will be happy to offer suggestions and give directions.

Activity note: Change of clothes as you will be in the water at the beach

Morning: Depart on a 40 minute drive to Port Aransas for a full day of activities starting with seining in the Gulf of Mexico beach. Naturalists will teach you how to seine and help you identify marine critters. On the university campus we will rinse off and cool down indoors and learn about marine debris and the trials and tribulations we face and how conservation efforts can help with these issues. Ever flown a drone before? Now is you opportunity to give it a try. Find out how scientists use drones to help them with research.

Afternoon: Back on campus we will tour a research lab and learn about food sources for fish the size of a speck of dust - we will look through a microscope for something that tiny! Then we will take a cruise on the MV Mustang for a Dolphin Watch Nature Tour where we will trawl for fish, crabs, shrimp...and lots more! Back on campus we finish off the afternoon with a tour of our Animal Rehabilitation Center where you will see how injured birds and turtles are rehabilitated with a goal of releasing them back to nature.

Morning: A marine researcher will join us to discuss polar expeditions and life in frozen climates. Our Group Leader will host a final wrap-up session to talk about our amazing experiences in the world of marine biology. We’ll have time to say good-bye to our new friends before gathering our journals and belongings for our homeward travels. This concludes our program.

Meals
12 Meals
5 Breakfasts
3 Lunches
4 Dinners
The following choices may be available when requested in advance: Vegetarian, Low Fat
Lodging
Lodgings may differ by date. Select a date to see the lodgings specific to that date.
Jun 20, 2021 - Jun 25, 2021
Holiday Inn Downtown Marina
5 nights
Corpus Christi
Welcome to the Holiday Inn Corpus Christi Downtown Marina hotel. Conveniently located in downtown Corpus Christi, experience an iconic coastal hotel overlooking the beautiful sparkling waters of the bayfront. Our luxurious hotel is directly across the street from the historic seawall and within an easy walk of local night life, restaurants, fishing and more. Take time and go for a swim and sunbathe by our beautiful indoor and outdoor pool offering panoramic views of the Corpus Christi Marina.
TripAdvisor Reviews
See All Lodging Options